Christmas Traditions Around the World

One of the most celebrated holidays in the world, Christmas, is celebrated in different ways all around the world.

Here are some unique Christmas traditions from 10 countries around the world:

Christmas is a major holiday in Italy.  Customs and traditions vary from region to region, including whether they go to mass at midnight, don’t eat meat on Christmas Eve and when presents are opened.

Unique Tradition: While some Italians believe in Santa Clause, a more popular tradition is the legend of Befana, a friendly witch who delivers presents from door to door on Christmas Eve.

Featured Above is one of the biggest traditions in Italy, a Christmas Tree outside the Colosseum.

Unique Tradition: On Christmas day in the Czech Republic, unmarried woman will stand backwards by the front door and throw a shoe over their shoulder.  If the toe is facing towards the door, the woman is said to be married within the next year!

Featured above is Prague, Czech Republic decorated for the Christmas season.

Christmas is widely celebrated throughout France.  The traditions are different depending on whether you are in northern, southern or central France.

Unique Tradition: On Christmas Eve in France, children leave their empty shoes by the fireplace to be filled with presents from “Pere Noel”.   When the children awake in the morning, they also find treats and small toys hung on their tree.

Featured above is the famous “Galeries Lafayette” shopping mall in Paris, France.

Unique Tradition: Rather than cookies and milk, children in Ireland leave mince pies and a bottle of Guinness out for Santa.

Featured above is Donegall Square in Ireland.

Christmas is a newer holiday in Japan, and is more about spreading happiness than a religious tradition. Japan has adopted several traditions from the United States, including Christmas cards and presents on Christmas day.

Unique Tradition: Due to an extremely positive response to advertising in Japan, many Japanese families have a tradition of eating fried chicken from KFC on either Christmas Eve or Christmas.

Featured above is Tokyo, Japan decorated for Christmas.

Christmas, often referred to as “Yule” or “Jol” in Iceland, consists of many days with various traditions on each day.  The Christmas celebration in Iceland also includes New Years Day.

Unique Tradition: Children in Iceland believe in the “Yule Cat”, a cat that roams the Iceland hills.  Those who do not receive new clothes before Christmas are said to be eaten by this mythical beast.

Featured above is Reykjavik, Iceland.

Like its New Zealand neighbor, Christmas takes place during the summer for Australia.  Australians enjoy many similar Christmas traditions to America, including caroling, Santa and Christmas day presents.

Unique Traditions: Many Australians spend their Christmas day tanning on the beach wearing Santa hats and costumes.  On many beaches, Santa will even arrive on a surfboard or boat.

Picture above taken in Sydney, Australia.

In Germany, Christmas preparations often begin on December 6.  Throughout Germany, one will find lights everywhere to be seen.

Unique Tradition: Christmas presents are delivered on Christmas Eve by “Christkindl”, “Christ’s Child’s messenger”.  Christkindl is a beautiful light-haired woman who delivers presents in a basket to the children of Germany.

Featured above is the Brussels Christmas Market.

Christmas is one of the most colorful celebrations in Latin America.  Festivities include fireworks, Christmas trees, nativity scenes, and a popularly attended midnight mass service.

Unique Tradition: In Caracas, Venezuela residents will journey to mass on roller skates.

Featured above is La Flor de Venezuela decorated for the Christmas.

Unique Tradition: In Canada, the post office will recognize the address “Santa Clause, North Pole, Canada, HOHOHO”.  Any letter sent to that address will be responded to by Santa Clause.

Featured above is Parliament Hill in Ottawa, Canada. 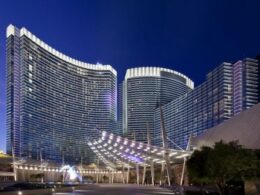 In curvilinear lines of glass and steel, the ARIA Las Vegas Resort & Casino soars over the heart of the Las Vegas Strip.
byChristina 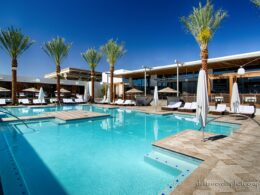 This summer, the hottest place to cool off is at Scottsdale's trendy new Maya Day + Nightclub
byChristina 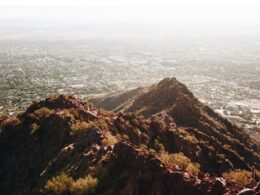 10 Unforgettable Things to Do in Phoenix 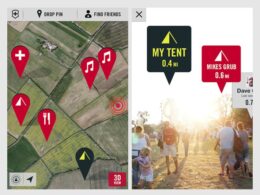 Whether you're hitting up Lollapalooza in Chicago or Outside Lands in San Francisco, be festival ready with these helpful apps.
byChristina