Today, Arizona is a vibrant, fast-growing state with cultural attractions, hospitality destinations, and several professional sports teams. Its capital city of Phoenix even boasts the title of the fifth-largest city in the country.

However, Arizona is still a relatively young state that achieved statehood only 109 years ago, and there are still remnants of its Wild West today captured in small yet fascinating towns. Some of these are popular tourist destinations, like Jerome and Tombstone, but there are many little-known places to explore.

Tortilla Flat is an authentic original Western town and a charming piece of Arizona’s history nestled in the Superstition Mountains. It was first established as a freight station to support the Roosevelt Dam’s construction in 1904, which was Phoenix’s first reservoir!

Over the years, Tortilla Flat has had several famous visitors, including Teddy Roosevelt, Clark Gable, John Wayne, and even Barbara Streisand, who experienced its Old West charm.

A trip to Tortilla Flat isn’t complete without visiting the Superstition Restaurant and Saloon for the town’s famous chili, a stop at the museum, a scoop of prickly pear gelato from the country store, and some shopping at the mercantile, which sells a variety of locally produced art pieces and gifts.

Oatman is an authentic mining settlement off the iconic Route 66. The small town gained notoriety after a lucky miner, Johnny Moss, struck gold in the 1800s. The news put the town at the center of the gold rush until the 1940s.

It’s also home to the aptly named Oatman Hotel, where Clark Gable and Carole Lombard are said to have stayed after getting married in the nearby town of Kingman.

Perkinsville is now home to an abandoned train station on the Arizona Central Railroad near Jerome. The abandoned town was established in 1900 as a ranch by the Perkins family.

While the town has limited attractions, it does serve as a beautiful place to enjoy a scenic Arizona drive due to its proximity to The Verde river, grassy fields, and mountain views.

Crown King in the Bradshaw Mountains is another mining town that has maintained much of its original Western charm – including historic buildings and the original saloon, which still serves as the center of its activities today.

While it offers a fun and historic feel, the town remains active and vibrant with a small full-time population, summer visitors, and tourists. 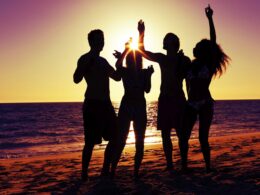 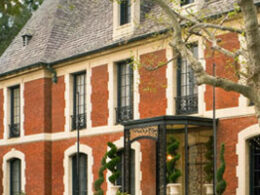 If you’re California dreaming or already making your way out there this weekend, you must take a trip…
byJackie

Introducing Out of the Blue Excursions, Lake Pleasant’s First Ever Luxury Experience

By Emily Glynn This past weekend, the team at 3TV ran a segment highlighting the summer offerings at…
bySuzanne Koch 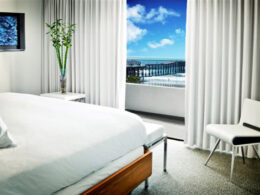