More than 160 countries around the world celebrate Christmas each year, all in a different way.  The celebrations vary in ways such as which day the holiday is celebrated on, along with basic holiday traditions.

From silly traditions, to sacred traditions to monumental moments, below is a selection of 10 photographs from some of the most noteworthy events and traditions that took place around the world this year during Christmas.

Members of “Seehunde Berlin,” a winter and ice swimming club in Berlin, dove into the Oranke Lake.  The group upholds this chilly tradition each year. 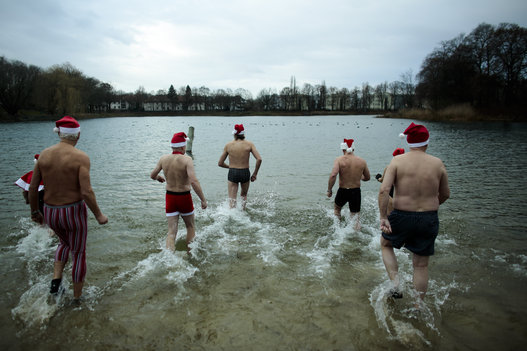 American soldiers enjoy a Christmas celebration at forward operating base in Afghanistan. 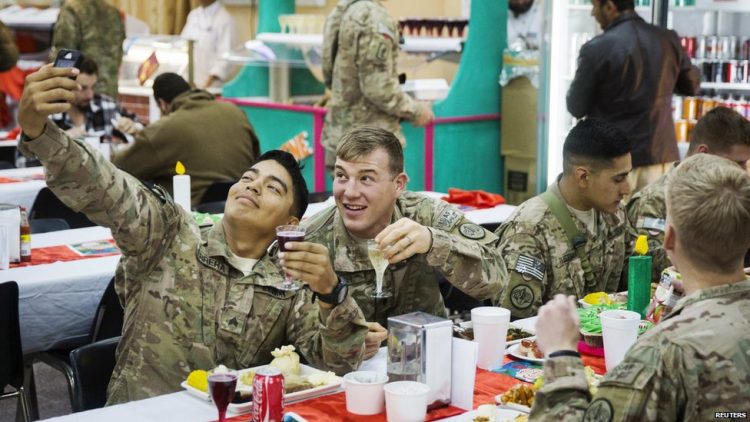 Image courtesy of Reuters on BBC

Christian worshippers in Pakistan sing in celebration of the holiday. 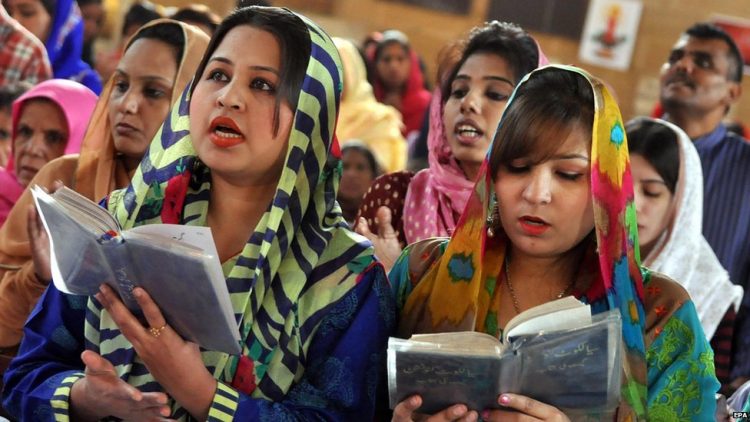 Image via EPA on BBC

Christmas is not so cold in Australia.  Each Christmas in Sydney, Christmas celebrators swarm the golden Australian beaches dressed in Santa Suits. 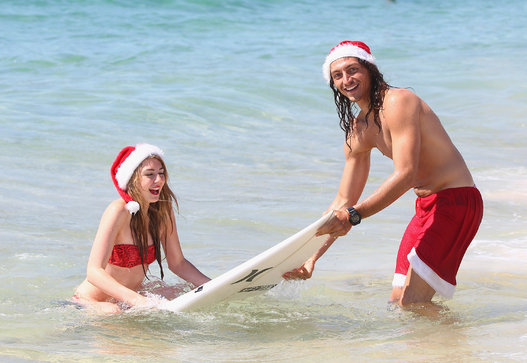 Floods might have taken over Indonesia, but it did not stop worshippers from attending this Christmas service. 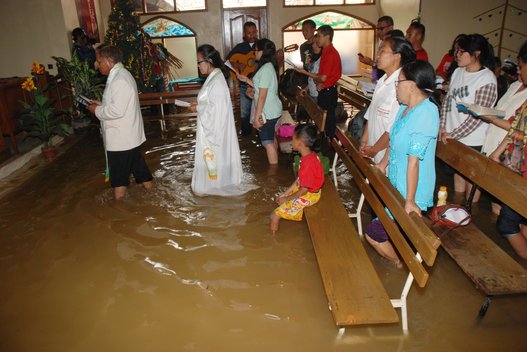 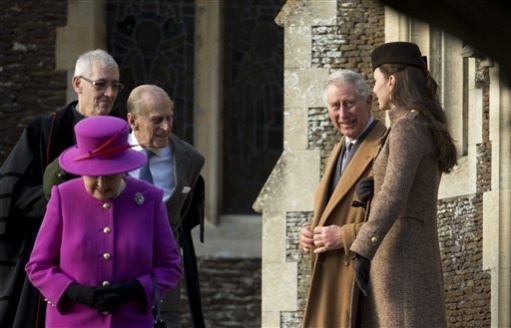 The pope addressed all those from around Italy and other countries who came to Vatican Square on Christmas day.  His words focused on persecutions of Christians in the Middle East. 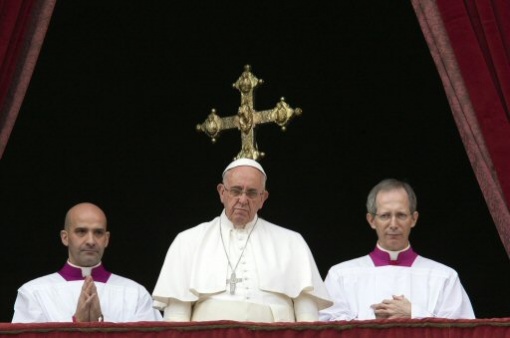 It’s not easy to celebrate Christmas in every country. According to the New York Times, Chinese university even banned the celebration of Christmas this year in order to discourage the expansion of Western culture.  Yet, Christians in parts of China still managed to celebrate the holiday as seen below. 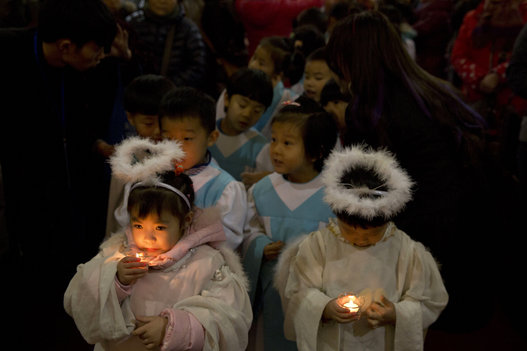 In celebration, people released snow spray on each other in Singapore on Orchard Road, a well-known shopping street in Singapore. 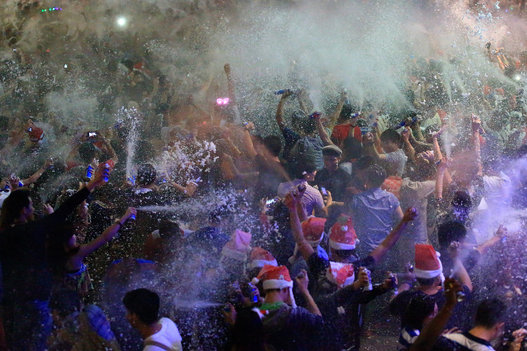 Each year, New York City decorates the Rockefeller Center in New York with this beautiful Christmas tree.  The decorations include this large ice skating rank, a must-do activity when visiting New York over Christmastide. 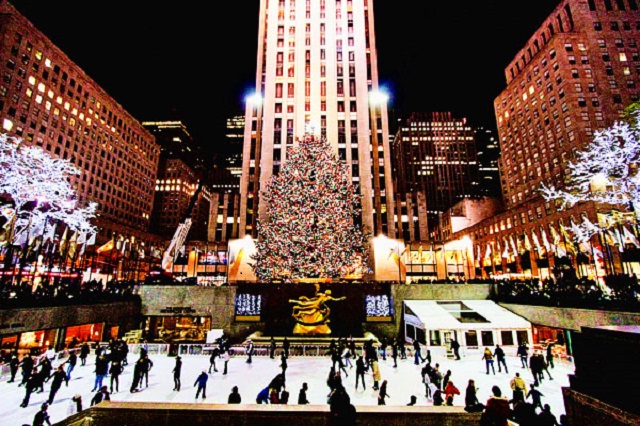 These images were selected by AZ Foothills from a collection of images from sources such as Huffington Post and BBC.