Just came across this amazing article. For all the history nerds, like me, read a preview of it. You will love it because Thanksgiving has not always been on the third week of November!

“On Thanksgiving Day, November 23, 1939, Franklin Roosevelt carved the turkey at the annual Thanksgiving Dinner at Warm Springs, Georgia, and wished all Americans across the country a Happy Thanksgiving.” Little did we know that his greeting went unanswered in some states! Many Americans did not want to recognize Thanksgiving on that day because they were waiting to carve their turkeys on the following Thursday. Most people believed that Thanksgiving should be celebrated on November 30th and that was the official day for the Thanksgiving holiday. “Two Thanksgivings? Why were Americans celebrating a national holiday on two different days?”

When Franklin Roosevelt began his presidency, Thanksgiving was not a permanent holiday. Rather, “it was up to the President to issue a Thanksgiving Proclamation to announce what date the holiday would fall on.” However, Thanksgiving always seemed to be on the last Thursday in November since that was the day President Abraham Lincoln declared Thanksgiving a national holiday in 1863. Franklin Roosevelt continued that tradition, but he soon found that customs were tough to keep in extreme circumstances like the Great Depression.

Changing the date of Thanksgiving seemed harmless enough, but in actuality proved quite scandalous. It was so offensive that thousands of letters poured into the White House once President Roosevelt declared the date change. As hostility grew, some states took matters into their own hands and resisted the Presidential Proclamation. Some governors declared November 30th as Thanksgiving. Franklin Roosevelt “observed Thanksgiving on the second to last Thursday of November for two more years, but the amount of public outrage prompted Congress to pass a law on December 26, 1941, ensuring that all Americans would celebrate a unified Thanksgiving on the fourth Thursday of November every year.”

The following letters are just a few of the thousands of letters President Roosevelt received regarding his decision to move Thanksgiving up one week:

1.Letter from John Taylor to FDR explaining that the calendar industry will lose money if the date of Thanksgiving is changed, August, 15, 1939. 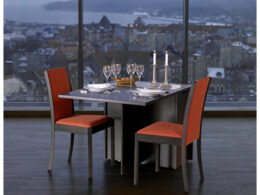 Time to upgrade that living room because for the first time in five years, Copenhagen, the contemporary furniture…
byJackie 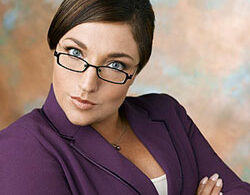 Are your kids driving you nuts? Had enough sassy back talk, disrespect and shenanigans? These are the questions…
byJackie 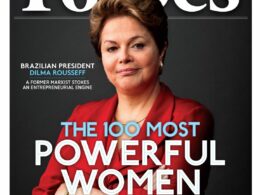 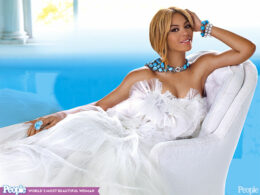 Who is People Magazine’s ‘Most Beautiful’ woman?

Even before the highly-anticipated issue hits newsstands Friday, the world’s gotten a little sneak peak of this year’s title winner.
byChristina