Paradise Valley’s Mayor Vernon Parker of the Republican Party is now running for Congress! Local Valley residents can show their support this month by attending a fabulous Ice Cream Social and Campaign HQ Grand Opening on March 20, along with a Gospel Brunch at Paradise Valley’s prized InterContinental Montelucia Resort & Spa on March 27. 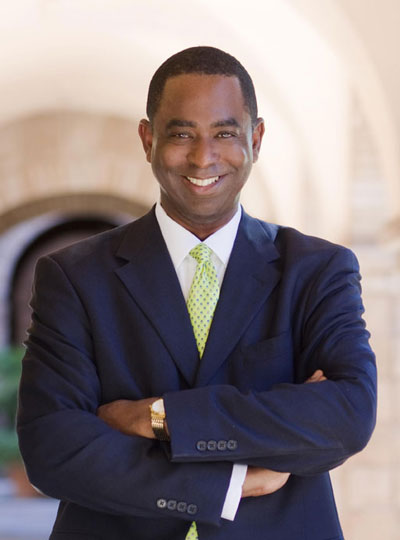 Parker, 50, announced his plan to run for Congress in January. He will succeed Republican John Shadegg.

“Our district has a long history of sending Goldwater conservatives to Congress – public servants who fiercely value liberty, smaller government and personal responsibility,” Parker said. “To follow Congressman Shadegg wouldn’t simply be an honor. It would give me the chance to continue a fight for the hard-working families I have fought for all my life,” he said.

April 5 is the deadline to register to vote in the primary. The primary is Sept. 7.

Mayor Vernon Parker’s Gospel Brunch
When: Saturday, March 27 from 9 to 11 a.m.
Where: Valencia Lawn at the InterContinental Montelucia Resort & Spa
4949 E. Lincoln Drive
Paradise Valley, AZ 85253
Cost: Price is minimum of a $125 contribution and space is limited to 250 people.
Why: The event will benefit Mayor Vernon Parker’s campaign for Congress to “Restore Faith in America.”
RSVP: RSVP before March 18 by calling 480.208.4795.

A small businessman, Parker also served as a pastor for two years at a small non-denominational church in Paradise Valley. He is a graduate of Georgetown Law School in Washington, D.C., where he met his wife, Lisa, a second generation native.

Raised by his grandmother and mother in a severely underprivileged neighborhood, Parker was able to escape the drugs and violence of his environment through love, education, and the commitment of family.

Parker will take his message of cutting taxes and creating policies that help the private sector create jobs to the nation’s capitol.