The just-finished Season 8 of American Idol will never be forgotten, perhaps because of the shocking outcome or for the discovery of what could be our modern-day Elvis. Here in Arizona, the city of Scottsdale is making sure we never forget this season as it proclaims tomorrow, May 28, “Scott MacIntyre Day” to recognize this Scottsdale born top 10 AI finalist. MacIntyre, 23, was born visually impaired and with an ear for music, which has made him an inspiration to our community and the nation. 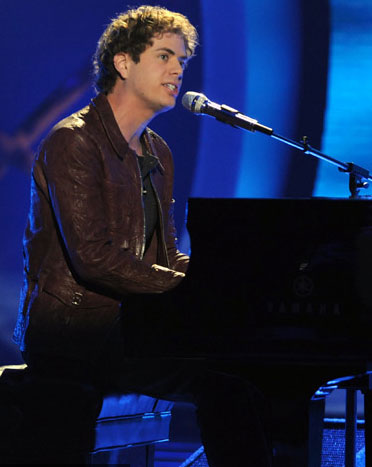 MacIntyre will be honored tomorrow beginning at 8:30 a.m. at the Scottsdale Civic Center Mall for a special Mayor and City Council coffee. All fans are invited to come to this free event where MacIntyre will be the featured speaker. Sadly, MacIntyre will not be able to sing at tomorrow’s event, but will share his experience on the #1 reality show and singing competition on television and how he got to where he is today. MacIntyre will go on tour this summer with the other finalists, Adam Lambert, Allison Iraheta, Anoop Desal, Danny Gokey, Kris Allen, Lil Rounds, Matt Giraud, Megan Joy and Michael Sarver.

The event will take place on the mall’s Fountain Stage, which is located just north of the Scottsdale Center for the Performing Arts at 7380 E. Second St. There will be 250 seats available and anyone else can sit on the lawn. Coffee and other beverages will be served.

Scott MacIntyre began playing piano by ear at age 3. Classically trained, he has been profiled on CNN, Sky News Europe, USA Today, and other media as pianist, vocalist, and songwriter. He has independently released 6 full-length CD’s and has written in genres spanning pop, rock, punk, jazz, and classical.

MacIntyre graduated from Arizona State University, the Royal College of Music and Royal Holloway University of London. He is also a recipient of both the Marshall and Fulbright scholarships.