The days of boredom, fear of leaving your computer and hoarding around multiple media devices, have long been over ever since Apple unleashed the extraordinary, next generation iPhone and iPod Touch on that historic day in June, 2007. That same year the must-have palm phenomena was named Time magazine’s “Invention of the Year” and to this day, no device has come close to comparison. Since its release, Apple has sold over 17 million iPhones — 13.7 million just last year with the all-new 3G data speed. The phone can now be found in 80 countries worldwide (only sold in the US just one year ago). And ever since the mega App Store took flight 8 months ago, there have been over 800 million downloads from more than 250,000 applications available in this rampant cyber market.

With how far the iPhone and iPod touch have come, the recently announced iPhone OS 3.0 software upgrade scheduled to release this summer is said to be unparallel and will become the world’s most advanced mobile platform. This major improvement is giving application developers extra freedom to make their apps even more sophisticated with greater functionalities. With the addition of more than 1,000 completely new APIs, an updated Software Development Kit (SDK) and additional phone features, I think the question on everyone’s mind is: “Why wouldn’t you own an iPhone?”

App Development Upgrades
Apple has created a resource for those creative minds who are the geniuses behind these wonderful apps we are now obsessed with. Well these application mavels are about to get even better and far more advanced… 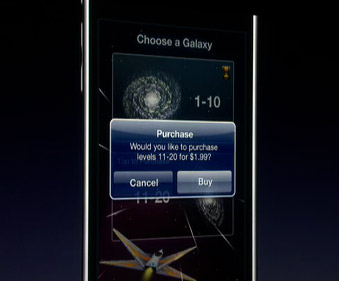 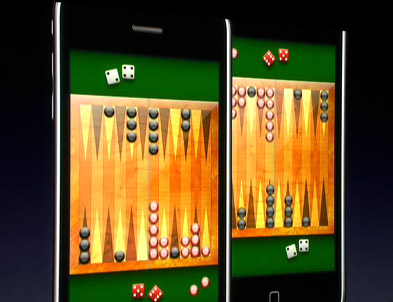 Directly Connect with Friends
IPhones and iPod Touches will be able to connect through Bluetooth! So if you want to play a game with friends, your iPhone or iPod Touch will detect other iPhones or iPod Touches in that area playing that same game and will allow you to play against them. Or if you are in a sales meeting and want to send a colleague a sales lead or contact, an app will have the ability to automatically find their iPhone and you can grab the contact.

Use of Accessories in Apps
With the iPhone 3.0 update, app developers will be able to incorporate tangible accessories that will connect directly to their application. Here are some examples:

App developers can create apps that can be used with your speakers. For instance, an app can build an equalizer that actually sends a signal to the hardware of the speakers when plugged into the iPhone. Also, when you use your FM Transmitter to stream your music from your iPhone to your car stereo through your FM radio, the new upgrade will allow a custom app to automatically find the optimal FM station over which to broadcast and tune it in to play your music.

Users will also have the ability to strap on their blood pressure kit, plug it directly into their iPhone and use an application that will not only give results, but can record your blood pressure over time, and have a special button that will send your personal history to your doctor.

Maps
As we all know, Apple has worked with Google to build an incredible Maps application for the iPhone and iPod Touch. But now app developers will be able to use these amazing maps in their applications for better functionality. They can now embed maps into their application and customize their pin point icons, show GPS, pan and zoom, and switch to either satellite, hybrid or standard view. Apple is even enabling developers to use core location to incorporate turn-by-turn direction applications. But there is one catch; developers will have to “B.Y.O.M.” (buy your own map). Due to licensing, Apple cannot pass on the right to use the built in map tiles for turn-by-turn interfacing. 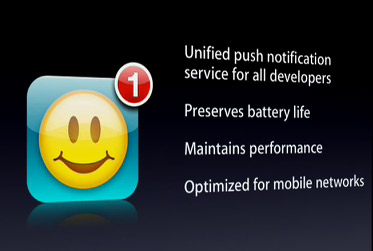 Push Notifications
Avid Apple fans may have heard this announcement last year and have been wondering why their apps do not continually send notifications. Apple has been working to create a a constant notifyer without diminishing your phone’s battery life. With the OS 3.0 software, users will enjoy a persistant connection to apps, with the inclusion of pop-up sounds and text alerts (just like SMS) without killing your phone’s battery. 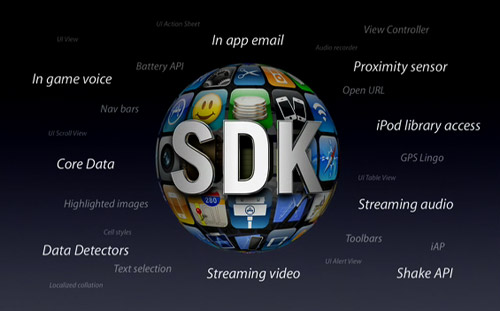