Have ya heard? America’s Next Top Freak Show is back for a squillionth  Cycle. But Ty-ty has a lil’ something up her fat sleeve this year. We’re talking something that will interest even those of us who swore off ANTM back in the day when Janice Dickinson hit the road.

That’s right, all the Top Top Models will be coming back for a season of extreme photo shoots and runway stunts to determine who is the best of the losers. Hey, it worked for Richard Blais on Top Chef, didn’t it?

Guess who my fave is? Think of little forest creatures.

The All-Star models, in order of photos:

Shannon Stewart, Cycle 1: Stewart was the blonde, Christian, waif-like finalist who famously refused to pose nude in one of the final shoots of the season.

Camille McDonald, Cycle 2: McDonald made it to the final five- you may remember her from the celebrity shoot where she had a curly weave and posed as Diana Ross. Or when she had an allergic reaction and her lip puffed up.

Brittany Brower, Cycle 4: Brower was the loveable goofball who looked like a Victoria’s Secret model but acted like a total weirdo. You may recall the wildlife shoot where she was made into a couture giraffe.

Bre Scullark, Cycle 5: This girl was the season’s resident diva. She caused a huge raucous when she accused the season’s winner, Nicole Linkletter, of stealing her granola bars and retaliated by sneaking into Linkletter’s room and dumping her energy drinks down the sink.

Lisa D’Amato, Cycle 5: D’Amato was the token alcoholic psycho of season five. Turns out, it wasn’t an act and she really did turn out to be an alcoholic, later appearing on Dr. Drew’s Celebrity Rehab 3.

Bianca Golden, Cycle 9: Golden has had a lot of work since her year, when she placed fourth. You may remember her having her head shaved when her planned blonde weave didn’t pan out. She also developed (and expressed) a deep dislike for Heather, the season’s socially awkward model with Asperger’s.

Dominique Reighard, Cycle 10: This contestant was consistently ridiculed for looking like a man in her photos. She stuck around for most of the season, and eventually was sent home because she “couldn’t take makeup” and was skewing tranny.

Isis King, Cycle 11: The first (and so far, only) transgender contestant to compete on America’s Next Top Model, Isis was both praised for her courage and also ridiculed by the other models, going home early in the season.

Sheena Sakai, Cycle 11: Sakai is known for lying to Tyra about her breast implants, and later coming clean about it. She placed sixth, and has since found work in Trojan commercials.

Allison Harvard, Cycle 12: This runner-up was known for being simultaneously cute and a little bit spooky. You may remember her full cheeks, bunny rabbit teeth and the wide-eyed look she was knocked for using too frequently.

Laura Kirkpatrick, Cycle 13: Kirkpatrick hails from the short season, where models were only cast if they were under 5’7. She was known for her bubbly personality and Kentucky accent and missed the crown by thismuch, losing to Nicole Fox.

Angelea Preston, Cycle 14: Preston returned to Top Model Cycle 14, after not making the cut in Cycle 12. While she occasionally pulled out good photos, she somtimes acted a bit ghetto and was sent home on the second-to-last challenge.

Kayla Ferrel, Cycle 15: Ferrel was known as one of the few lesbians to compete on America’s Next Top Model, losing to Anne, the stick-thin praying mantis. She is known for her fire engine red Ginger Spice hair, and winning a challenge that earned her the opportunity to present an award at the Grammy’s.

Alexandria Everett, Cycle 16: Alexandria was known for being a total know-it-all. This cycle isn’t even over yet, and it’s villain has signed on to compete again. With about five other villains.

I’m a little sad a few of my faves aren’t coming back:

Jenah, who lost to lameoid Saleisha in Season 9. She couldn’t take a bad photo, but was booted for an awkward Cover Girl commercial.

Jane, who was totally legit, but overlooked by Tyra because she wasn’t wacko enough and didn’t look like she really wanted it.

Last but not least, Elyse. Words can’t even begin to describe my insane love of Elyse, the med school student-turned-model.

Who are you most excited about seeing again??

Quick reminder: Arizona Foothills‘ Face of Foothills Model Search is in full swing! For info on how to enter to become our next face and win a $10,000 jackpot of goodies, click here. 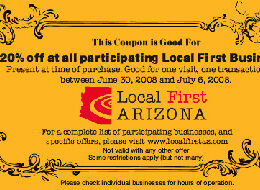 This 4th of July holiday, instead of going mainstream with fireworks and a barbecue, celebrate all week by…
byAmy 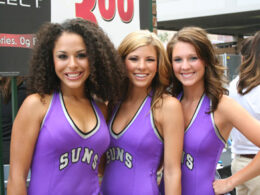 Let’s face it, Arizona folk are passionate about their Phoenix Suns–but what is a great basketball team without…
byAmy 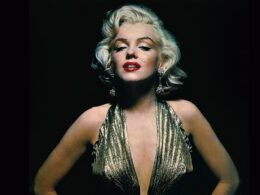 Here, a look at five of her most memorable film performances.
byChristina 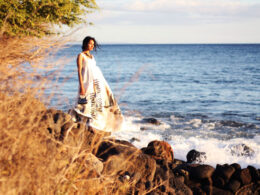 Celebrate the Season with These 8 Summer Maxi Dresses

Maxi dresses and summer go hand-in-hand.  These lightweight dresses will keep you cool and fashionable during the summer…
byCaitie