8 Reasons Why Angelina Jolie Is Perfect

If you have had the chance to see Disney’s newest hit movie Maleficent, then you most likely will also share the appreciation for screen siren Angelina Jolie.

Featured below are eight reasons why Valley Girl thinks Angelina Jolie is perfect, making her the perfect choice to play one of Disney’s most legendary villains.

State the obvious, Angelina Jolie is one beautiful woman.  From her cheek bones to her nose, Jolie is certainly symmetrically blessed.

Brad Pitt and Angelina Jolie are the definition of a power couple.  It’s hard not to look perfect with Brat Pitt on your arm!

3. Master of the Pout

A sexy smolder can go a long way, and Jolie certainly has this look mastered.

Despite how much Maleficent wants to hate Aurora, there is more to her than just a villain.  To see the heroin side Maleficent might have inside, you’ll have to see the movie.

Movie fact: The child they chose for this scene was none other than Jolie’s daughter.  The other children were too afraid of the tall and scary Angelina Jolie to stay on screen and complete the scene without crying.

Jolie and Pitt are often seen with their kids, both adopted and their own.  The family dynamic is very prevalent.

For information on showtimes and tickets for Maleficent, visit Moviefone. 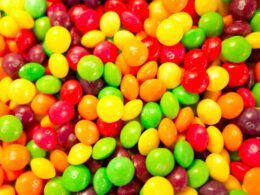 Whether chewy, colorful or fluffy, your favorite type of candy can say a lot about your personality.
byChristina 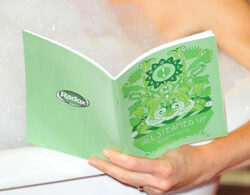 How To “Be Selfish”: The First Waterproof Novel for Women

Occasionally us women need some time to ourselves. We spend so many hours of the day worrying about…
byJackie 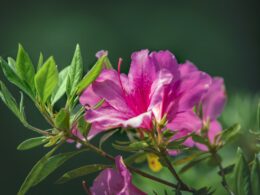 Your Summer Garden Could Be Toxic To Your Pets, Experts Reveal

With summer officially here, many people have put their gardening gloves on, however, learn what plants are toxic to your pets!
byTyler Hollis
3 shares
3
0
0 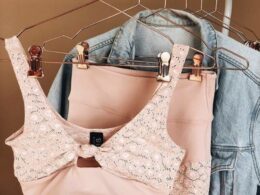 What to Buy from Beach Bunny’s Super Spring Sale

The one saving grace about stay at home orders this Spring? Online shopping. One of our fave retailers,…
byKarah Van Kammen