The Eighth Annual Bentley Scottsdale Polo Championships: Horses & Horsepower returns to WestWorld of Scottsdale this coming November 10-11 and after a record-breaking 2017, the 2018 soiree promises to be bigger and better than ever. Whether it’s you’re a first timer or repeat party goer, here are the top 18 reasons to attend the 2018 see-and-be-seen event:

18. Get your autograph book ready for Ralph Lauren model and world-famous polo player, Nacho Figueras who will make his debut with three-time defending champions, the Aspen Valley Polo Club.

17. Unique new performances from The Phoenix Symphony showcasing Mozart, Phoenix Theatre with some of the great Broadway musical songs of all time, bagpipes performance by Ford Dudley, Phoenix Opera, and the Phoenix Boys Choir.

16.Cues the “awww”s during The Arizona Humane Society Canine Couture: A Dog Fashion Show Like No Other, Presented by Lugari Pet Salon on Saturday.

15 .Cheers to the launch of the brand new Polo Party Pilsner being brewed and debuted in coordination with Grand Canyon Brewing Company.

14. Lust over luxe vehicles from The Barrett-Jackson Collector Car Auction who will be showcasing some amazing horsepower and a great preview of the upcoming auction in January.

12. Watch amazing rugby action during the “World’s Farthest Rugby Sevens Match” led by Arizona State University’s rugby team played on what may be the longest field ever utilized for a rugby sevens match, nearly two and half times longer than normal.

11. Get your fashion fix on The World’s “Longest” Catwalk, produced by Phoenix Fashion Week which will feature over 100 models on a catwalk that will stretch nearly 200 yards from west to east across the field.

10. The Apex Cup, courtesy of the landmark new Apex Motor Club in Maricopa, Arizona, a country club for car enthusiasts. The Apex Cup will recognize the top cars on site which will include collector cars courtesy of Barrett-Jackson, Ferrari Club of Arizona, Porsche Club, Scottsdale Corvette Club, Arizona Classic Thunderbird Club, AZ Lamborghini Club, Corvette Club of America, as well as cars of Apex members and dozens of other Arizona car owners.

9. Experience Hall Pass, the country’s most unusual pop-up sports bar, allowing sports fans to enjoy football and other games on televisions throughout the day, amidst the beautiful backdrop of polo and the McDowell Mountains.

7. Get your wings with Red Bull who deployed its skydiving team prior to a match at last year’s event.

6. A second, mid-field skybox on the north side of the Wells Fargo Private Bank Polo Field courtesy of Talking Stick Resort.

5. Scottsdale’s first appearance of Memo Gracida, widely considered to be one of the top two players in the history of polo as well as teams from Italy, Malibu, Palm Beach, and Wales. They will join the Arizona Polo Club, Polo Azteca and Work To Ride, the first all African-American high school polo champions in American history.

4. The summation of the event will be The International on Sunday afternoon, the highest goal match played during the weekend featuring the best players throughout the event. These will include Nacho Figueras, Memo Gracida, Juan Bollini, Pete Webb and others.

3. A preview of the 2019 Scottsdale Arabian Horse Show.

1. A brand new way to experience the event and watch polo play, field side couples cabanas that include a bottle of champagne.

All tickets, tables and tailgating for the 2018 event are now on sale at ThePoloParty.com or call 480.423.1414. Check out photos from previous events here. 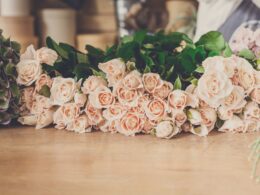 Did you know that nearly 80% of all flowers sold in the U.S. are imported, often coming from…
byKarah Van Kammen 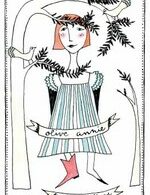 Remember a couple months ago, when we broke the good news that adorably eclectic Phoenix boutique Olive Annie…
byAmy 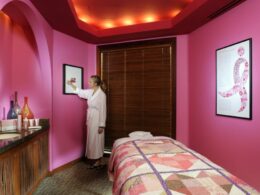 The Princess Celebrates the Power of Pink

THE PRINCESS CELEBRATES THE POWER OF PINK FOR BREAST CANCER AWARENESS SCOTTSDALE, Ariz. (September 30, 2011) – At…
bySarah 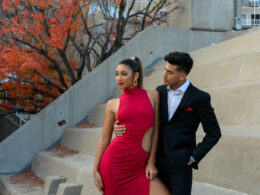 As the announcement of the Face of Foothills 2021 winner edges closer, Ava Cashman reflects on her year of success and love in 2020.
byTyler Hollis