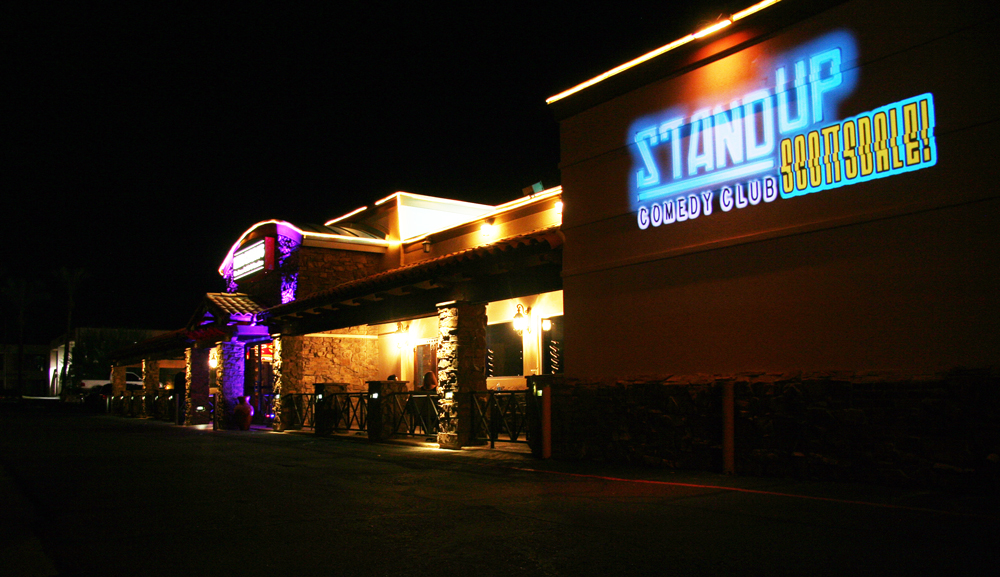 Stand-up, Scottsdale! promises to host new acts every Friday and Staturday night in its 180 seat showroom. Bring your appetites because the comedy club features a delectable dinner menu available before, during or after the shows, as well as a full bar. There is a two drink minimum during each show.

Got any funny friends? Fill them in on Stand-Up, Scottsdale’s free open-mic nights on Wednesdays starting at 8 p.m. (doors open at 7 p.m.). This is a perfect opportunity for amateur comics to try out their new material with an attentive crowd, ready to LOL.

Stand Up, Scottsdale! is located at the legendary Anderson’s Fifth Estate building at 6820 E. 5th Ave. on 5th Ave. in Old Town Scottsdale. From 1982 to 1988, Scottsdale was the premiere destination for great comedy at Anderson’s Fifth Estate. Many local and touring comedians shared their laughs there, and paved the way for the future of great comedy. One of the original hosts for this great comedy showcase was local funny man David Spade. Other great comedians also left their mark at Anderson’s, such as Mark Cordes, Dan Horn, Howard Dean, Michael Finney, Robert Schimmel, and Michael Bailey.