Presented by Swire Coca Cola, the Concert in the Coliseum returns to the iconic 16th hole at TPC Scottsdale on Saturday, February 4, 2023 to kick-off the WM Phoenix Open for the second year in a row.

Grammy award-winning pop/rock band Maroon 5 and rising singer/songwriter Walker Hayes are set to perform live at the unique concert experience hosted by The Thunderbirds at one of the world’s most famous locations in sports.

“Last year’s inaugural Concert in the Coliseum was a huge success, so of course we are thrilled to run it back again for 2023,” says WM Phoenix Open Tournament Chairman Pat Williams. “We are excited to host Maroon 5 and Walker Hayes this year as we kick-off tournament week in style, with a great show at the iconic 16th hole.”

The doors to the concert will open at 3:30 p.m. on Saturday night before Walker Hayes takes the stage at approximately 5 p.m., which will once again be set up right in the middle of TPC Scottsdale’s 16th hole. Maroon 5 will make their appearance on the live stage at around 7 p.m.

With three Grammy awards and selling over 90 million in album sales and 550 million singles worldwide, Maroon 5 is one of the 21st century’s biggest acts in pop music. The Los Angeles band has the most streamed songs by a group on Spotify and has achieved 3 Diamond RIAA Certified records. Having sold over 7,500,000 tickets worldwide over the course of their career, Maroon 5 will close out their 2022 World Tour in Asia after selling out all three of their Dome Tour dates in Japan which totalled 120,000 tickets sold.

The popular American country singer and songwriter Walker Hayes has three studio albums: “Reason to Rhyme” released in 2011, “Boom” released in 2017 and “Country Stuff The Album” released earlier this year. Hayes has had multiple singles on the Billboard Hot Country Songs, including his highest-peaking single, “Fancy Like,” which reached the No. 1 spot on the Hot Country Songs chart and No. 3 on the US Billboard Hot 100 after becoming a viral hit on Tik Tok.

General admission tickets for the Concert in the Coliseum kick-off for WM Phoenix Open week will go on sale soon at www.WMPhoenixOpen.com. 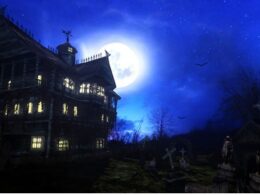 Get ready for hair-raising chills and bloodcurdling scream at these Halloween haunted houses in Phoenix!
byChristina 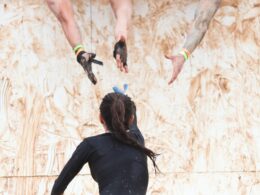 Put Your Fitness to the Test at Tough Mudder

Put your strength, stamina and inner determination to the ultimate test.
byChristina 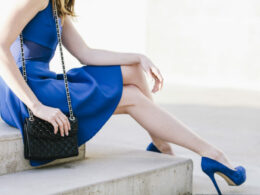 By Katrina Fox Keeping busy on the weekends is my favorite way to beat the heat. Arizonans, we…
byKarah Van Kammen
14 shares
14
0
0 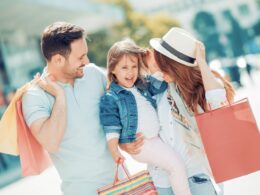 Back to School Bash will Rock Scottsdale Fashion Square on Saturday, August 11