The 2013 American Music Awards occurred this Sunday.  Not only is this awards ceremony unique because it’s voted on by the fans, but also the red carpet outfits never fail to leave you stunned!  Lots of beautiful people made appearances at the Nokia Theatre in Los Angeles Sunday evening.  The AMA’s give celebrities a chance to sway away from traditional elegant red carpet attire, and try something trendy or unique.  From an “out-there” dress from Lady Gaga to a sexy glittery dress from Taylor Swift, the 2013 American Music Awards Red Carpet wowed every onlooker! 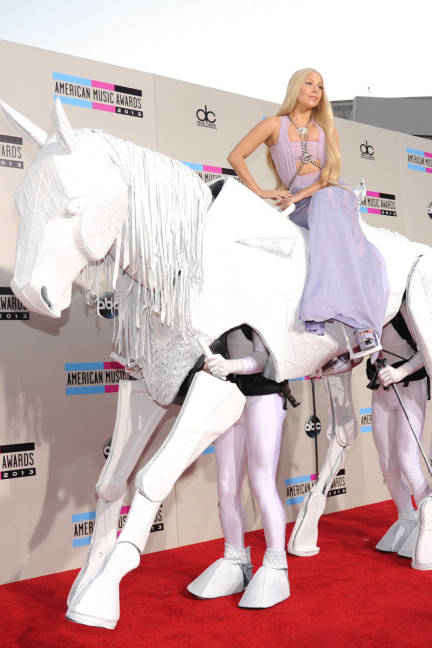 Lady Gaga arrived at the 2013 AMA’s in a light purple dress on the shoulders of two men lifting her on a white horse. 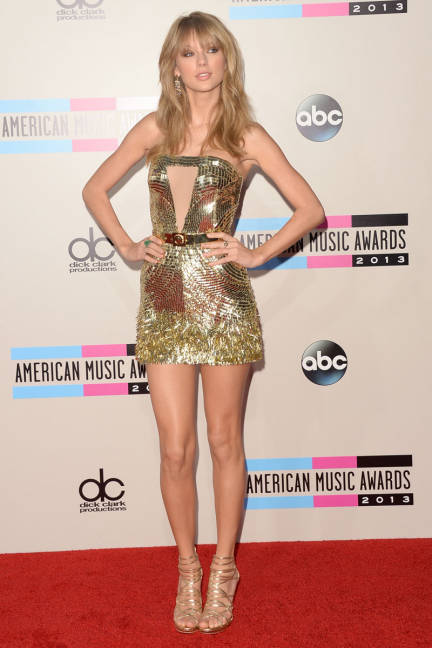 Taylor Swift tried out this sleek and sexy look at the 2013 AMA’s.  Swift, who won artist of the year at the AMA’s, stunned in this strapless gold mini-dress. 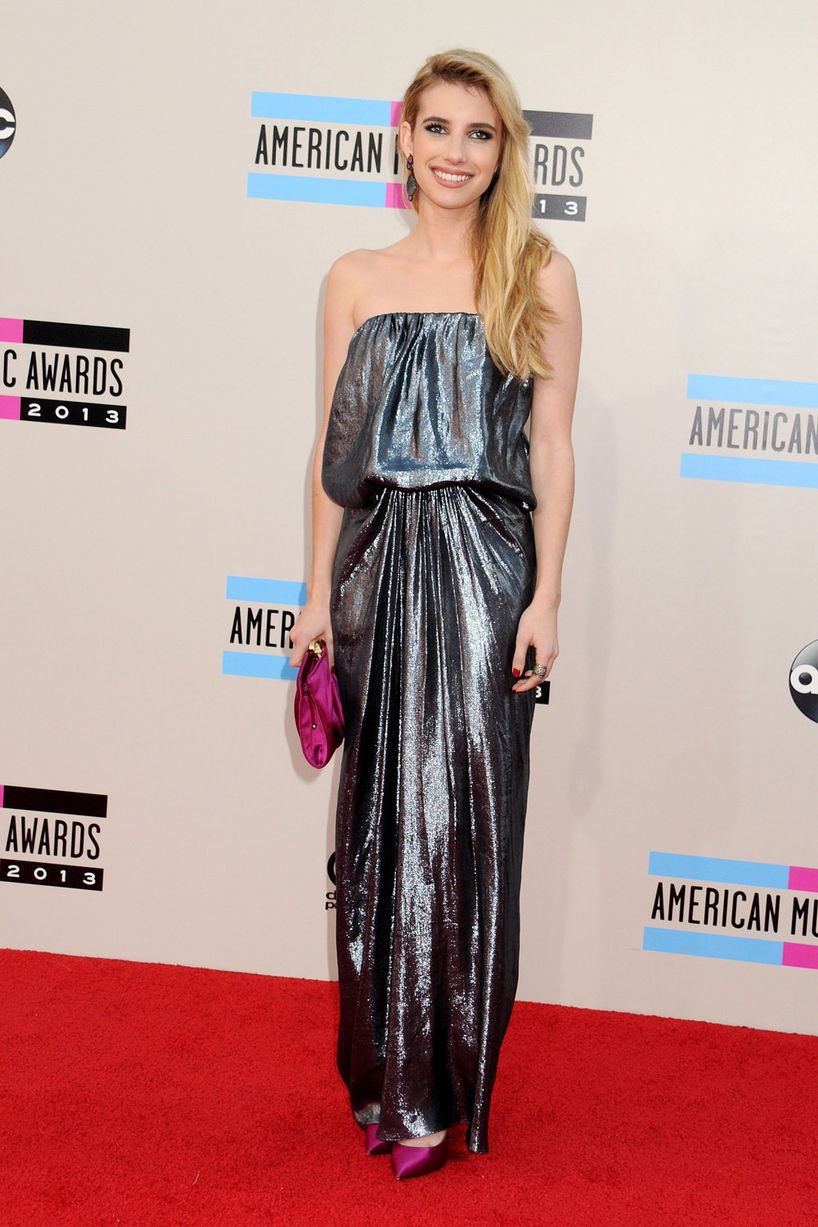 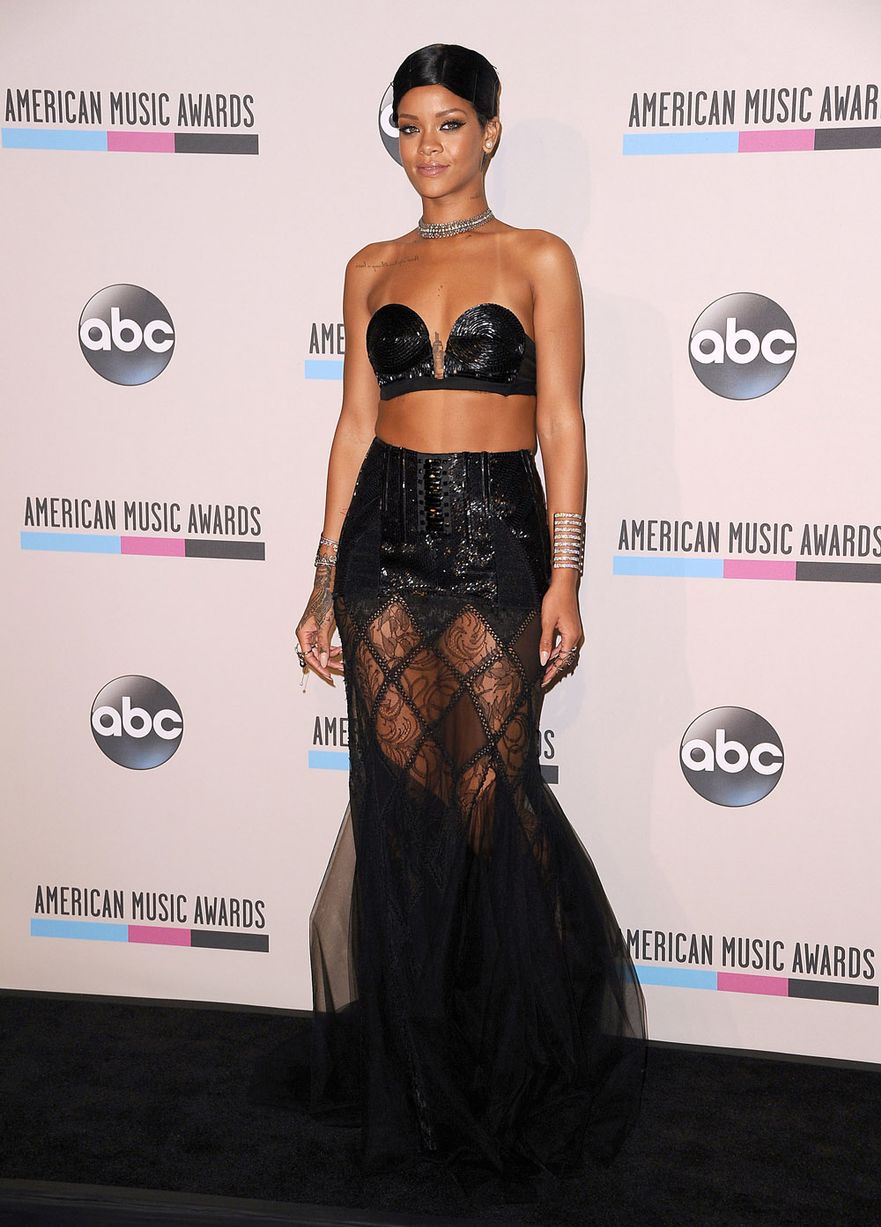 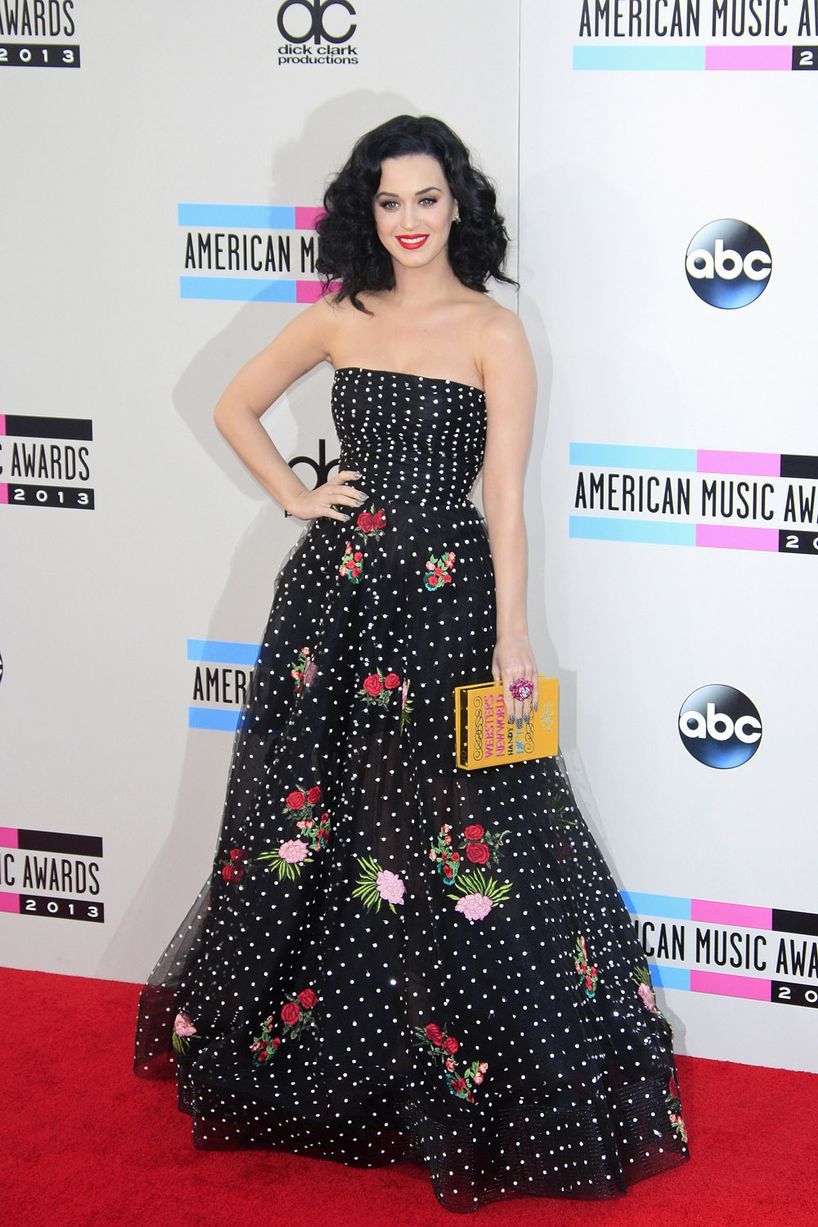 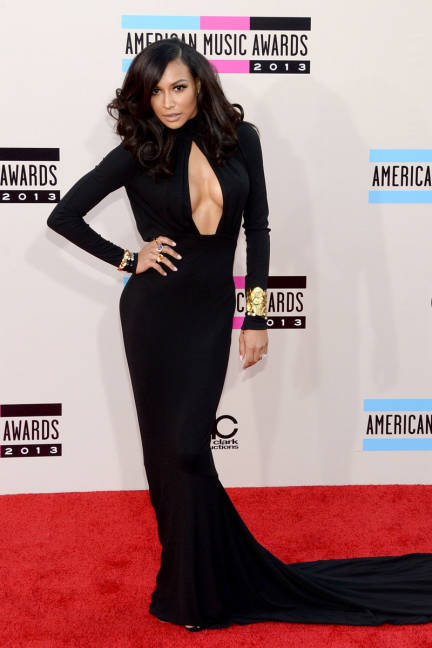 Glee Star Naya Rivera looked stunning as ever in this elegant black dress. 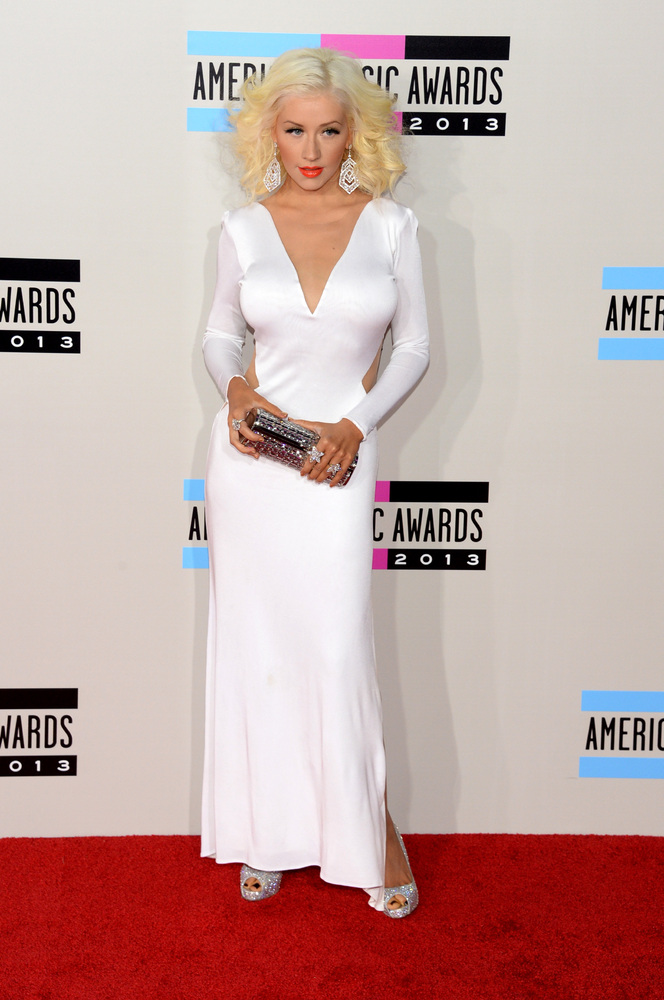