When history repeats itself, it’s not always a bad thing. Lilah Ramzi, a fashion history graduate student recently started a blog that pairs modern-day images of fashion and design next to their undoubted inspirations from the past.

Called Part Nouveau, Ramzi said that she created the blog after coming to the realization that “much of the creative material produced and designed today has its roots in a previous incarnation or is essentially part nouveau.”

The blog looks at everything from fashion photography to artistic trends that seem to be related to a past work.

Scroll below for some amazing examples of Ramzi’s artistic comparisons:

According to the blog:

In 1948, Cecil Beaton’s well-known photograph of Charles James dresses was featured in Vogue’s June 1 issue to celebrate the designer’s artful use of color.  James was known for designing dresses with sculptural forms that referenced rigid 19th-century understructures.

Neoclassical painter Ingres favored painting the exotic nude in his 1813 painting, La Grande Odalisque, instead of the traditional mythological nude. Although anatomically disproportionate, Ingres’ figure disregarded reality in favor of a long, sinuous curve created by the female figure whose naked body is evenly bathed in light.

For the November 1, 1949 issue of Vogue, Irving Penn photographed wife and model Lisa Fonssagrives, who represented the graceful, mature female fashionable archetype of the period.

Check out more fashion inspirations across the decades at partnouveau.com. 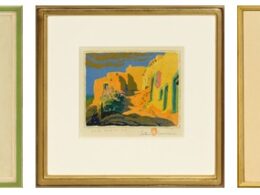 Escape from the blazing heat in favor of some cool air and artistic delights.
byChristina 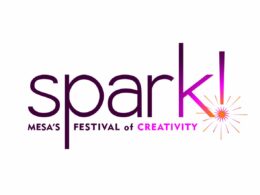 Ignite your creative spark! at Mesa’s Festival of Creativity

By LaDawn Lingard spark! Mesa’s Festival of Creativity is aptly named. If new ideas and inspiration were visible…
byChristina Tetreault 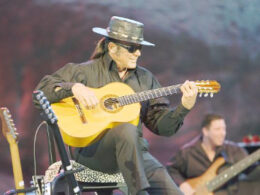 Mother’s Day in the Gardens with Esteban

Still trying to decide what to get Mom this Mother’s Day and maybe how to spend the holiday?…
byJackie 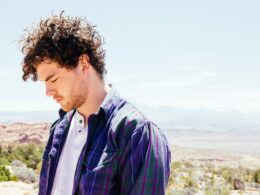 Artist of the Week: Vance Joy to Perform in Phoenix

Image Courtesy of Billboard.com  Each week Valley Girl likes to bring you the hottest artist, band or electronic…
byCaitie