Springtime in the Valley is full of fab tasting events, two of which are right around the corner: Scottsdale’s Arizona Barbecue Festival (Saturday, March 26) and Taste of Hope (Wednesday, March 30).
Arizona Barbecue Festival Tomorrow, Saturday, March 26, Scottsdale Waterfront will host the second annual Arizona Barbecue Festival. Dozens upon dozens of barbecue teams will compete for more than $20,000 in prize money and eventgoers get to sample the goods. From 10 a.m. to 5 p.m., guests can enjoy $2 samples of the competitive barbecue as well as live music, cooking demos by celebrity chefs, sample great whiskeys and bourbons in a Whiskey Row tent and try whiskey-based cocktails from local bartenders (they will be competing for the best cocktail). The little ones can even get in on the action in the Kid’s Zone. Tickets to the Whiskey Row tent are $10; general admission tickets are $10. http://azbbqfestival.com/.
Here are some of this year’s competitors:
• 180 Degrees
• BBQ Bullies
• BBQ Fool
• BBQ Magic
• BBQ PHX.COM
• Big Rack BBQ
• Big Roy & The Boys
• Butthead BBQ
• Crazy Pig BBQ
• Desert Ridge Pit Masters
• El Toro BBQ
• Hibbs & Crew Pirate Bar-B-Q
• IAB 30
• Karnivorous
• Kegger’s BBQ
• Little Miss BBQ
• Loot ‘n’ Booty
• Mad Mama and the Kids
• Major Woody’s
• McFrankenboo
• Melwick’s Cave Creek BBQ
• Otis and The Bird
• Pork on a Fork
• Rhythm & Que
• Ranch House BBQ
• R&R Barbeque
• Route 66 Catering Crew
• Satisfied Hogs
• Sin City Smokers
• Slap Yo Daddy
• Smoke Junkies
• Smoked to the Bone
• Smokin’ Swine
• Steel City BBQ
• Swine Assassins
• Tex-a-Que
• The Arizona Kid
• Whiskey Ranch
• Wildcatters Q Crew
Taste of Hope We love a fab culinary event–especially when its proceeds go to an incredible cause. On Wednesday, March 30, City of Hope hosts Taste of Hope at the Promenade Amphitheater in Scottsdale. From 7 to 10 p.m., guests are invited to the alfresco eating event which will include food and wine samplings from the Valley’s top restaurant. Attire is evening casual and it is a 21-and-over event. A single ticket is $65 or $100 for a couple.
About City of Hope: “City of Hope is a pioneer in the fields of hematopoietic cell transplantation and genetics. Designated as a Comprehensive Cancer Center, the highest honor bestowed by the National Cancer Institute, City of Hope’s research and treatment protocols advance care throughout the nation.” http://www.cityofhope.org/. 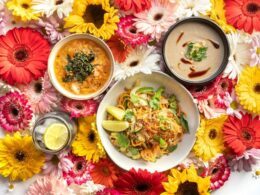 Flower Child is ringing in the New Year with a selection of health-focused limited-time menu items to make those New Year's resolutions a reality.
byMelissa 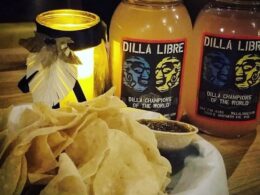 A Taste of Gypsy Restaurant Group

One of the best things about calling the Valley home is its hotbed of fun springtime events. If you're getting in on the hosting action and want to make its easier on yourself, perhaps a call to Gypsy Restaurant Group is in order.
byMelissa 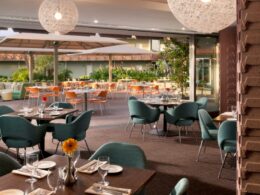 Foodie news for the week of Dec. 3. AZFoothills.com’s taste tests of Scottsdale’s The House Brasserie and The…
byMelissa 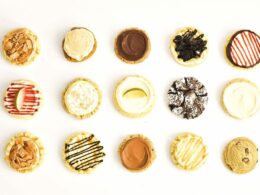 Twisted Sugar – Fall in Love with Cookies All Over Again

Twisted Sugar is a cookie bakery with over 24 cookie options each and every day. With bakers in…
byTyler Hollis
2 shares
1
0
1