Tonight, from 4:30 to 7:30 p.m., The Springs of East Mesa, a Brookdale Senior Living community, located at 6220 E. Broadway Road in Mesa, will open its doors to the public and host “Ultimate Chef America”. Local senior living chefs will compete for the title in the competition that tours throughout the nation.
The culinary professionals from Brookdale Senior Living will entertain and showcase their culinary talents during the competitions. During each Ultimate Chef event, two teams of four Dining Services staff members will compete during a two-hour cooking competition focusing on healthy cooking for seniors. Attendees can join in the event by gaining a close-up look at the competitors and the fast-paced competition.
Brookdale has even partnered with several national partners and sponsors to be included in a vendor expo. Attendees also will have the opportunity to participate in various educational programs, including a seminar featuring Brookdale’s Medical Director, Dr. Kevin O’Neil, on the topic of “Food for the Soul,” a wine tasting class featuring wines–some of which may be local, and a class presented by the Culinary Arts Institute at Brookdale: The Art of Seasoning.
Dishes prepared at the event will be tasted by a panel of judges. For this event, the judges are:
Lois DeDomenico, creator of Rice-A-Roni and an international philanthropist.
Mayra Piani, reporter from KPHO. She has been with CBS 5 News since 1995 when she started as a reporter.
Dr. James Huysman, executive director and co-founder of The Leeza Gibbons Memory Foundation, and author of America’s No. 1 book on caregiving, “Take Your Oxygen First.”
John La Medica, resident of Freedom Inn Scottsdale. He grew up in the meat business, and, during his career he made many friends which always asked him to try their new entrees. La Medica became very used to taste testing and took up a liking for cooking as a hobby.
In addition, food-inspired art created by residents of Brookdale Senior Living communities across the nation will be auctioned off at the Ultimate Chef America event. Proceeds of this auction will go to the Leeza Gibbons Memory Foundation, an organization which elevates the national consciousness of caregiving and fosters a culture of healthy caregivers impacted by chronic illness through programming, universal access to resources, and behavioral research. In addition, the event will feature a silent auction. Proceeds from the silent auction will benefit the Leeza Gibbons Memory Foundation as well.
The event will also feature a gourmet food tasting where participants will receive a taste sampling of the recipes prepared in the competition. Community tours will also be available, and participants will gain a first-hand view of the variety, styles and sizes of the private apartments and the community areas for socializing, dining and entertaining. Staff will be available to discuss living options, and visitors will learn more about the programs, outings and opportunities offered to residents. www.ultimatechefamerica.com. 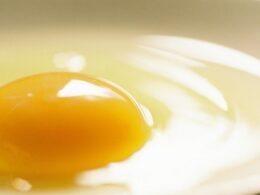 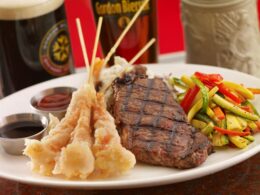 A favorite restaurant among beer lovers (it has repeatedly won award after award for it’s fresh-brewed, er, brews),…
byMelissa 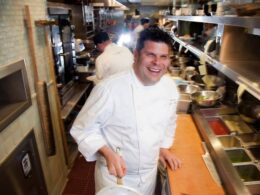 Oct. 3: 5th Annual Dine Out with the Chefs

This weekend, the Valley celebrates the 5th Annual Dine Out with the Chefs at Scottsdale Center for the…
byMelissa 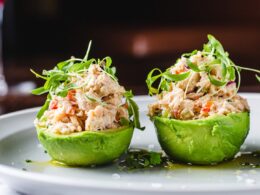