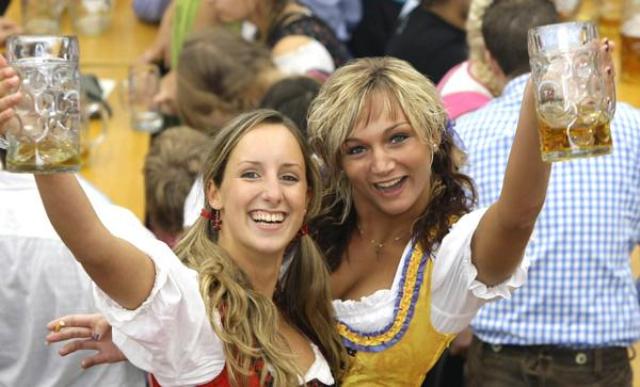 Oktoberfest has long been an important tradition in Germany. (Here’s a brief history: Oktoberfest was started by Prince Ludwig of Bavaria, who was later crowned King Ludwig I. The prince wanted his people to share in the celebration of his marriage to Princess Therese of Saxony-Hildburghausen, which took place on October 12, 1810. Ludwig organized a horse race and invited all the people of Munich to the celebration. The very first Oktoberfest drew about 40,000 guests; today more than six million people attend Oktoberfest in Munich. Oktoberfest is considered to be the world’s largest fair with plenty of eating, drinking, horse races and much, much more merriment.) Today, Oktoberfest is celebrated by many cultures throughout the world and now through Oct. 31, Scottsdale’s Yard House restaurant is offering a spruced up menu with the tastes of Oktoberfest (think a trio of bratwurst selections coupled with a pair of Bavarian-style brews).

Yard House guests can enjoy Pretzels & Brat served with spicy mustard, pickles and radish for $6.95; a Bratwurst Melt on Rye layered with Swiss cheese, bacon-tomato jam and fried green cabbage smeared with Dijon mustard and mayo and served with House-made Truffle Chips for $10.85; and a Bratwurst Platter with a medley of fried potatoes, onion cheese strudel, braised red cabbage and horseradish mustard gravy for $11.95. In addition to its regular selection of 130-250 taps of beer, including many Bavarian-styles, Yard House will also offer König Ludwig Weisbier and Warsteiner Oktoberfest through the end of October. Yard House pours traditional pints, half-yards, 9 ¼ ounce shortys, and goblets. http://www.yardhouse.com/.