As if you needed another reason to order up Ra Sushi’s tasty Tootsy Maki, the restaurant will host its sixth annual Nicky’s Week fundraiser May 30 to June 5 to benefit St. Jude Children’s Research Hospital, one of the world’s premier pediatric cancer research centers. The popular restaurant will donate 100 percent of the proceeds from the sale of a variety of menu items and beverages to St. Jude. Food and beverage items include: Edamame, Tootsy Maki, Shrimp Nigiri, Pork Gyoza, Tuna Tataki, Chicken Yakitori, FIJI, Red Bull and Sugar Free Red Bull, The Republic of Tea and other select beverages. All 25 RA Sushi locations in Arizona, California, Florida, Georgia, Illinois, Kansas, Maryland, Nevada, and Texas will participate in the fundraiser. The six Arizona RA Sushi locations are:
Ahwatukee: 4921 E. Ray Road; 480.940.1111
Dana Park in Mesa: 1652 S. Val Vista Drive; 480.632.9500
Kierland Commons: 7012 E. Greenway Pkwy; 480.951.5888
Old Town Scottsdale: 3815 N. Scottsdale Road; 480.990.9256
Tempe: 411 S. Mill Ave.; 480.303.9800
Tucson at La Encantada: 2905 E. Skyline Drive; 520.615.3970
Nicky’s Week was developed in memory of longtime St. Jude patient Nicholas “Nicky” Mailliard, of Scottsdale, who lost a long battle with brain cancer in February 2005 at the young age of 13. A nephew of one of RA Sushi’s founders, Nicky held a special place in the hearts of RA Sushi associates throughout the organization. RA Sushi initiated the fundraiser to honor the memory of Nicky and to raise awareness and funds for St. Jude, where no child is ever turned away because of a family’s inability to pay for medical treatments. Nicky’s Week has raised nearly $500,000 for the hospital since 2005, and Ra Sushi’s goal is to increase that number by $125,000 this year. All donations from the week-long effort will help support St. Jude which has treated children from all 50 states and around the world. Known primarily as a cancer research center, St. Jude doctors and researchers also treat children with sickle cell disease and pediatric HIV. www.rasushi.com. 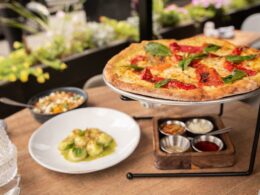 We all know that obesity is a health problem that affects many, many Americans, including children. However, did…
byMelissa 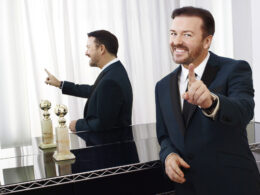 So, what will Alec Baldwin, Meryl Streep and Leo DiCaprio be feasting on at this year’s Golden Globe…
byMelissa 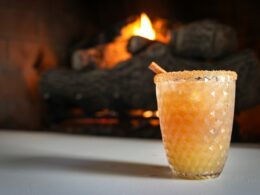