Back for the fourth season, “Check, Please! Arizona” returns to Eight, Arizona PBS Jan. 2 at 7 p.m., hosted by Chef Robert McGrath. The two-time Emmy Award-winning series spotlights the Valley’s best dining destinations and hidden gems. During the new season, viewers can expect  inspiring food and drinks, ranging from award-winning cocktails for any occasion, to ethnic specialty dishes that span the globe. “Our viewers are incredibly passionate about their favorite places to dine. They can’t wait to share their culinary experiences with other local viewers and to check out a couple of new restaurants themselves. The new season has so many amazing eateries and different types of cuisine featured – Swiss, Spanish, Thai, Cuban, French, Irish, Chinese, Italian, Cajun, Mexican, just to name a few,” says Coordinating Producer Suzanne Guery. “The growing popularity of the show has really enhanced the diversity of restaurant nominations we’ve been receiving.”
To be featured on “Check, Please! Arizona,” each restaurant must be nominated by a local viewer and must be local to Arizona and independently owned. Also, the restaurant must have been in business for a minimum of three years.
Each week on the show, a trio of Arizona food fans dine at and then review the three local restaurants they recommended to each other, in a roundtable discussion with series host and Valley culinary legend, McGrath. “Four years ago, when we launched Check, Please! Arizona, I don’t think any of us knew how successful it would become,” says McGrath. “I’m humbled and incredibly grateful for the support we’ve received from the restaurant community, the enthusiastic panelists who’ve appeared on our show, and especially, all of our viewers. It’s really thrilling to be a part of. I always thought being a professional chef was the best job in the world, and it is. But now I get to share my passion for food with the PBS Arizona viewers every week, and shine a spotlight on Arizona’s most amazing restaurants – which I’d put up against some of the best restaurants in the world. So thanks again for your ongoing support, on behalf of myself and everyone at Check, Please! Arizona.”
Restaurants featured on season four of “Check, Please! Arizona” will include:
• Citizen Public House
• La Piazza Al Forno
• Sofrita
• Soul Cafe
• Cucina Tagliani
• Ground Control
• Carlsbad Tavern
• Amano Bistro
• Cowboy Ciao
• Chez Vous Crêperie
• Los Dos Molinos
• Tim Finnegan’s Irish Restaurant and Pub
• Centurion Restaurant
• Flo’s
• Mimita’s Cuban Café
To nominated a restaurant; view previous shows; view an interactive map of restaurant locations; post reviews of restaurants featured on the show, and obtain recipes, visit at www.azpbs.org/checkplease. 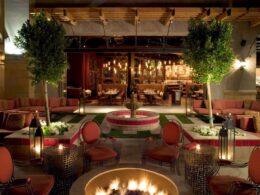 So just how excited is everyone that Valentine’s Day falls on a Saturday this year? Luckily, that means…
byMelissa 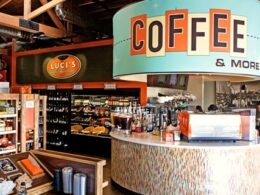 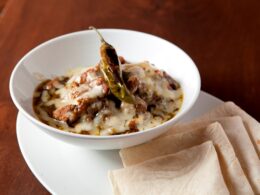 Aaron May Takes Over Scottsdale Restaurant