These are the Cheapest 5-Star Hotels in the World

A five-star hotel experience is both elevated and luxurious, but doesn’t have to be necessarily expensive.

Financial insights blog Top Dollar identified the cheapest five-star hotels in every country based on the price of a one-night stay for two people in July 2021at the poshest hotels listed on Hotels.com.

Check out some top highlights by region below.

North America’s cheapest five-star hotel is the Hotel 1970 Posada Guadalajara in Mexico, which starts at $79/night and offers a mix of Mexican and contemporary styles at an epic scale.

The cheapest in the States is Phoenix’s very own ADERO Scottsdale, Autograph Collection. In addition to the usual five-star amenities, the hotel offers some of the darkest night skies in America as well as on-site star-gazing facilities due to its location in a protected Dark Sky Community in the Sonoran Desert.

A night for two in the NH Collection Bogotá WTC Royal, Colombia, costs just $42 – the cheapest on the continent. The hotel is right next to the Bogotá World Trade Center but offers calming, sound-proofed rooms and proximity to the gardens, cafés, and galleries of the Parque 93 area.

In Europe, there were16 five-star hotels for under $100 found, where most of them are in the center or east of the continent. Ukraine’s Kupava Deluxe Hotel in Lviv is the cheapest, at $43/night, while Oddfellows on the Park in Cheadle, Manchester, is the UK’s cheapest five-star hotel.

At a $28 per night, the Novotel Ahmedabad Hotel in Ahmedabad, India is the world’s cheapest hotel. The Royal Surakarta Heritage Solo MGallery Collection in Surakarta, Indonesia, isn’t far behind at $30/night. Meanwhile, the resort town of Siem Reap in Cambodia has three of the cheapest hotels in the top ten globally, including The Grand Venus La Residence that costs only $39/night for a 592-square-foot room.

New Zealand also offers a five-star accommodation on the inviting side of $100. DeLorenzo’s Studio Apartments—named as New Zealand’s second-best hotel in Tripadvisor Travellers’ Choice Awards Hotel of The Year contest—offers rooms for $85 and prides itself on remaining small with a home-from-home feel.

Nine African countries offer five-star hotel accommodation for under $100. The cheapest is Egypt’s Steigenberger Resort Achti in Luxor. In Morocco, the Palais des Remparts captures the essence of Moroccan architecture and décor and costs just $73 per night. 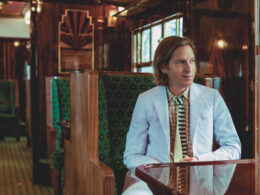 The filmmaker teamed up with Belmond to restore and redesign the historic British Pullman train carriage.
byChristina Silvestri 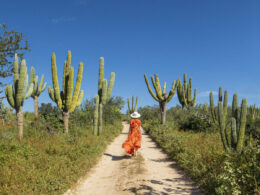 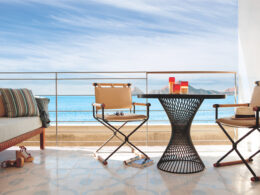 Thompson Hotels has officially opened their first hotel in Mexico, The Cape in Los Cabos. Thompson hotels around…
byAZFoothills.com 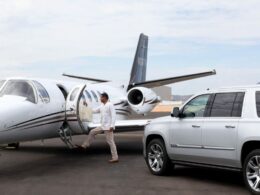