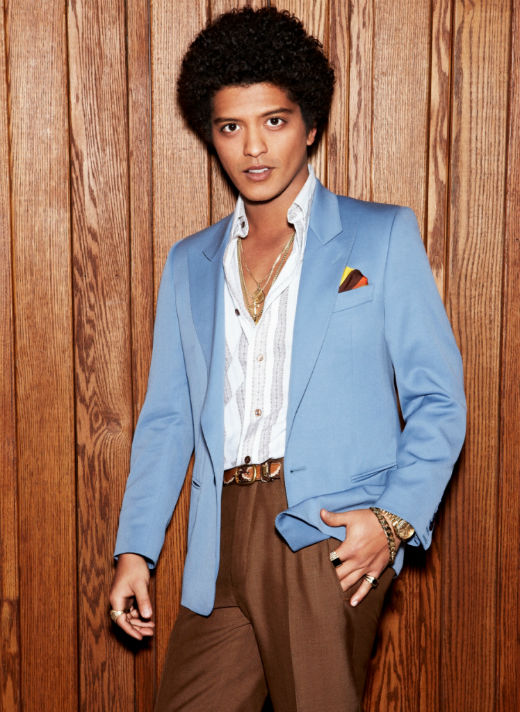 Bruno Mars will ring in the New Year with two shows, Dec. 29 and Dec. 31 inside The Chelsea, followed by six exclusive engagements throughout 2014.

Mars will perform in the resort’s new performance venue and event space, The Chelsea, on Dec. 29 and Dec. 31. These shows will inaugurate the new venue and offer a peek at what’s to come for a series of exclusive Bruno Mars concert dates at The Chelsea in 2014.

“Get ready, Vegas,” said singer, songwriter, producer and musician, Bruno Mars. “Me and the Hooligans are bringin’ live music to The Cosmopolitan’s Chelsea on New Year’s Eve. It’ll be our first time, but not our last.”

The New Year’s festivities commence with two shows by Bruno Mars on Dec. 29 and 31. Each celebration will begin at 9 p.m. inside The Chelsea. For the Dec. 31 performance, Mars will not only take the stage, but will count down and commemorate the midnight hour, officially marking what is sure to be a groundbreaking year of entertainment in the new venue. Tickets for Dec. 29 and New Year’s Eve shows start at $150 while tickets for 2014 shows start at $95. Tickets for all shows will be released for sale Friday, Sept. 27 at 10 a.m. PDT, available online at cosmopolitanlasvegas.com or through Ticketmaster at 800.745.3000.

New Year’s Eve packages are also available, including a two-night stay, two concert tickets, VIP check in, late checkout, $100 resort credit, ice skating for two and welcome reception, starting at $1,800 for a City Room. Packages are available at cosmopolitanlasvegas.com or by calling 702.698.7000.