The Arizona Biltmore, A Waldorf Astoria Resort has announced the opening of McArthur’s, a new dining concept that is a reimagination of the resort’s beloved Frank & Albert’s. The new concept is an ode to Arizona Biltmore’s leading architect, Albert Chase McArthur’s legacy. McArthur was employed by the famed Frank Lloyd Wright, who served as Arizona Biltmore’s consulting architect. Together, McArthur and Wright created a new and unheard-of style that would forever change the modern American architectural landscape.

“McArthur’s is a direct tribute to the heart of Arizona Biltmore, which is Albert Chase McArthur,” says Abby Murtagh, general manager, Arizona Biltmore, A Waldorf Astoria Resort. “His legacy can be felt throughout the restaurant, invoking the same sense of place and unexpected discoveries for all who dine within its walls.”

Culinary highlights include the Biltmore Benedict with Canadian bacon and hollandaise (inspired by the original Waldorf Astoria New York recipe) for breakfast; Southwestern Crispy Chicken Chopped Salad with bell peppers, roasted corn, avocado, and tomatillo ranch dressing for lunch; and Roasted Brick Chicken with pesto verde, rosemary potato and roasted tomato for dinner. Favorites such as Lobster Mac & Cheese and Ensenada Fish Tacos remain on the menu, as well. A robust beverage menu complements the creative dishes, including an extensive selection of wines, beers, cocktails, and non-alcoholic drinks. Standout libations include the McArthur’s Spritz with Tempus Fugit Italian aperitif, Vedrenne elderflower, prosecco, tonic and sliced blood orange as well as the legendary Tequila Sunrise, which was famously invented at the resort many years ago.

McArthur’s open-concept space offers guests a vibrant atmosphere, with cozy booths along with larger tables for socializing. The restaurant’s signature style has been preserved, with layered textiles pulling through a familiar sense of place felt around the resort. Shuffleboard, foosball, and other whimsical surprises can also be found throughout the restaurant. 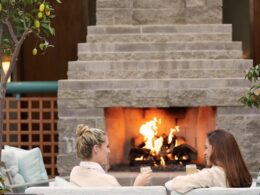 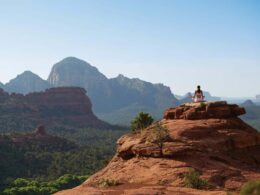 Mii amo is making their virtual content, normally reserved for guests, accessible through their Instagram for the first time with an on-demand meditation series.
bySuzanne Koch
3 shares
1
0
2 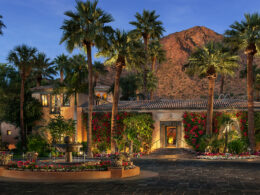 Catch the Ultimate Triple Play with This Spring Training Package

With Spring Training season in full swing, we are excited to share with you a great package offered…
byLeslie Hughes 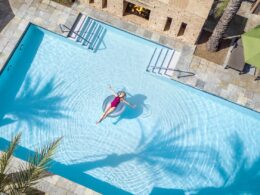 Check out of reality and into Fairmont Scottsdale Princess where you can achieve a total level of zen with their three-day spa retreat.
bySuzanne Koch