The latest wave of experiences to invade Las Vegas presents the city in a sparkly new light.

I was floored before I even got near the entrance of Catch. Any restaurant worthy of hosting George Clooney’s annual celeb-studded Halloween party is going to be a stunner. So when I saw the 80-foot long “tunnel” decked out in warm-hued flowers and dangling twinkle lights I wasn’t surprised. Located inside Aria, Catch was alive with the glitzy hustle and bustle of a vibrant dinner scene. Like its sister properties in Los Angeles and New York, the shareable menu meant trying a little bit of everything. The Catch Roll, topped with salmon seared tableside, was about as good as winning the jackpot and the perfect antidote for when you don’t. The seafood-forward menu with items like scallop gnocchi and truffle sashimi mesmerized me more than The Strip at night. A trip to Vegas just to eat at Catch would totally be worth it.

But I don’t have to tell you that there is much more to Vegas that makes it worthy of a visit. Newly opened The NoMad is one. The boutique hotel-within-a-hotel is located in the top four floors of recently opened Park MGM (formerly Monte Carlo). One step inside the quiet, dimly lit lobby felt like queuing up for the Tower of Terror in the best way possible. Grandeur chandeliers topped with flickering candles barely lit the space full of dark wood and rich velvet seating. And just like its Los Angeles and New York counterparts, it proudly boasts the NoMad Bar and NoMad Restaurant. The latter’s interior stopped me in my tracks. Decked out with deep red leather booths and mahogany tables lit by glowing lamps, it was the 23-ft.-high walls lined floor to ceiling with 25,000 vintage books that really wowed me.

Vegas is used to dropping jaws though but sometimes it surprises in other ways. A nightclub without fist bumping and flashing lasers is one. Across from the Park MGM Theatre’s entrance (where Lady Gaga currently has her residency) newest club and speakeasy On The Record took me back to decades past while still showcasing the music of today. Its first resident DJ was Mark Ronson afterall (“Uptown Funk” anyone?).

Drawing on the nostalgia of different musical eras and like nothing else in town, this indoor-outdoor nightclub is smaller than most on The Strip. While it still offers bottle service and live DJs, the vibe here harkens back to years past. Four private karaoke rooms are themed after specific decades with era-appropriate decor while the common spaces feature things like pinball machines and walls lined with boomboxes, retro TVs and old-school lockers. There’s even an intimate speakeasy bar located within where party-goers can select a record off the shelf and bring it to the bartender who will create on the spot, a cocktail inspired by the album.

Equally impressive was KÀ by Cirque du Soleil at MGM Grand, and not just for the death-defying stunts and acrobatic spectacle it provided. A private guided, pre-show tour, which was part of the VIP Imperial Suite experience, took me backstage to peek into the inner workings of the production. It was topped off with an actor meet-and-greet before settling into my own private suite to watch the show.

I rounded out my stay with front-row seats to the Bellagio Fountains at Wolfgang Puck’s Spago before a finale of nosh-worthy bagels and mile-high french toast at New York-famous Sadelle’s. Their beloved towers stacked with smoked fish and bagel-friendly toppings, all-day caviar offerings and roaming pastry and Bloody Mary carts will make up for any previous night’s loss — no matter the dollar amount. Trust me.

Click here for more on the latest travel and resort news. 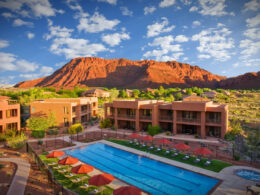 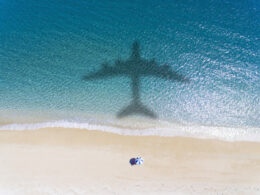 These are the Best Frequent Flyer Programs to Join

With air travel back on the rise, savvy travelers are looking to find the best deals to catch up on long-lost vacation time.
byChristina Silvestri 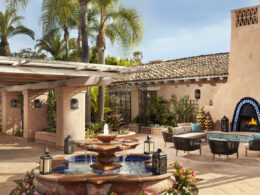 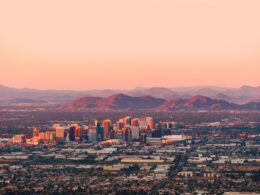 We spoke with Debbie Johnson, Director of the Arizona Office of Tourism, on the impact of this year's campaign and where our local travel industry is headed from here. Hint: it's good news!
bySuzanne Koch