The iconic Westgate Hotel, a Grand America Hotel, is preparing to celebrate its 45th anniversary in August 2015.  Designed as a recreation of an anteroom in the Palace of Versailles, Esquire Magazine named it one of the three finest hotels in the world. Today, the Westgate Hotel continues to stand a symbol of style and one-of-a-kind European luxury in San Diego.

“It has been so exciting to grow and evolve with Downtown San Diego over the last 45 years and we’d like to thank all our patrons for their support in making the Westgate a landmark San Diego establishment,” said Richard Cox, general manager of the Westgate Hotel who has worked at the property for 27 years and overseen much of its evolution. “This is an exciting milestone for our hotel and as we fondly revisit memorable moments in our history we look forward to many years to come.”

To celebrate the milestone, the Westgate Hotel is offering a 45th Anniversary Package featuring a deluxe room at the standard rate of $299 and a second night stay for only $45. The exclusive deal is available through December 30, 2015 and is subject to availability.  Tax and gratuity are additional.

Guests will save just under $250 and enjoy an elegantly appointed guestroom offering a full array of luxury amenities. Each room, some of the largest in downtown San Diego and the Gaslamp Quarter, offers spectacular views, luxury bedding, opulent marble bathrooms with brass fixtures and imported European furniture. Reservations may be made online at www.westgatehotel.com or by phone at 800-522-1564.

When it opened its doors on August 29, 1970, the Westgate Hotel ushered in a new era of hospitality and sophistication in San Diego.  When the hotel was built, it was the most expensive hotel built in the country at $14.5 million.  With 235 luxurious guest rooms and suites, two restaurants and a blend of Louis XV, Georgian and English Regency décor, the hotel filled in the void formal classiness that had long been absent in San Diego.  Opening room rates for single occupancy were $26, $33 for a double room and suites started at $65. 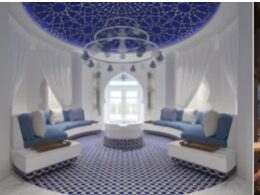 New Resort in Santa Barbara Set to Open This Summer 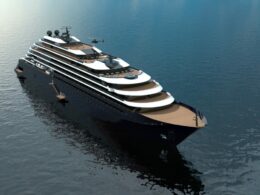 Ritz-Carlton Takes On The Sea 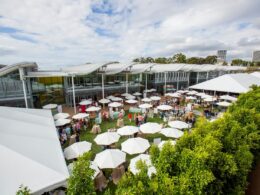 Love Food and Wine? Then Don’t Miss This CA Festival!

If you’re looking for “the most exclusive, intimate and world-class epicurean lifestyle event in Southern California,” then be…
byLeslie Hughes 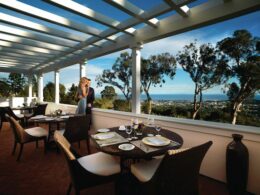