The motto of “Keep Portland Weird” rings true as bike fever takes over the nation’s most cycle-friendly city with the summer launch of the Portland Art Museum’s exhibition Cyclepedia: Iconic Bicycle Design. Yep, a whole exhibit dedicated to the art and craft of the two-wheeled wonder. Set to open on June 8 at the Portland Art Museum, the exhibit has partnered with three Provenance Hotels locations around Portland to feature bicycle design installations that will grace the lobbies of chic Hotel Lucia, glamorous Hotel deLuxe and the historic Governor Hotel.

The installations, developed in coordination with the museum, connect the Cyclepedia exhibition to Portland’s uniquely passionate bike culture with each hotel artfully displaying a one-of-a-kind, custom made, bicycle from the city’s own Vanilla Bicycles. Suspended from lobby ceilings and anchored on the walls, the Cyclepedia installations at Hotel deLuxe, Hotel Lucia and the Governor Hotel will be on display for free public viewing for the duration of the exhibit. There will also be a bike installation at Westin Portland.

In addition to bringing bikes in off the street, Hotel Lucia, Hotel deLuxe and the Governor Hotel are offering travelers the opportunity to enjoy Cycles, Suds & Scoops, a Cyclepdia getaway package that incorporates the trifecta of Portland summertime pleasures–bikes, beer and ice cream.

Those who book the package will also be equipped to explore Portland’s signature summertime pleasures with a copy of Hop in the Saddle: a Guide to Portland’s Craft Beer Scene by Bike by Lucy Burningham and Ellee Thalheimer, a full-day bike rental for two and two flights of seasonal Portland craft beer-inspired ice cream at Salt & Straw, home of the city’s most acclaimed ice cream artisans.

Package is available for stays between June 8 and September 8, 2013 at Hotel deLuxe, Hotel Lucia and Governor Hotel in downtown Portland. 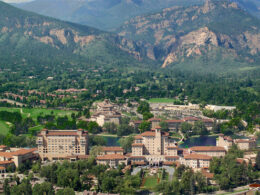 If you’ve been to the Broadmoor recently, you’ve noticed that the iconic Colorado Springs resort is looking younger…
byNichole 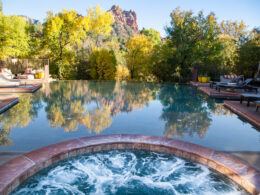 From the winter wonderland of aspen to the powder-packed Vail, Colorado has some of the best ski resorts…
byNichole 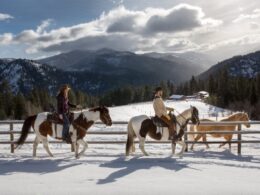