Top 5 Suburbs to Live in the Greater Seattle Area

Considering a move to the Seattle area and need help on deciding where the best places to live are? Some of the most important things to consider when relocating to a new area are location, price, schools, crime and safety, cost of living and job opportunities. While the median home prices are considerably higher than most of the country, the region offers an abundance of outdoor activities, competitive employment, highly ranked schools and wonderful suburbs to raise a family.
Here are five suburban neighborhoods to consider:

Redmond, WA – located 16 miles east of Seattle with a population of 64,291 (according to the 2017 census report). Redmond is nationally recognized as the home of Microsoft and Nintendo and also known as the “Bicycle Capital of the Northwest.”
Median Home Price – $835,000
School Rating – A+
Crime & Safety – C

The city prides itself for its high quality of life with good schools, a healthy economic base, a parks system that provides a variety of recreational opportunities, diverse options for shopping and dining, safe neighborhoods, and an emphasis on quality development and protection of the natural environment.

Clyde Hill, WA – located eight miles east of Seattle with a population of 3318 (according to the 2017 census report). Clyde Hill has spectacular views of Lake Washington, Mt Rainier, Olympic Mountains and the Cascade Mountain range. It’s close proximity to both Seattle and Bellevue make it a highly desirable area in the luxury market.
Median Home Price – $3.27 Million
School Rating – A+
Crime & Safety – A

The majority of Clyde Hill is zoned for single family use, with a minimum lot size of 20,000 square feet and was listed as the most affluent town in Washington by Slate.

Bellevue has been named one of the best cities to live as well as one of the safest. There is an abundance of things to do including shopping, fine dining, cultural attractions and recreational activities. It is also home to the popular Snowflake Lane during the holiday season.

Sammamish was ranked as one of the top 10 places to live in the nation. With its 14 parks and reserves, Sammamish offers a wealth of outdoor activities that range from hiking to cricket, skateboarding and ziplining. The city also claims a lively cultural community.

Yarrow Point’s proximity to the business centers of Seattle and Eastside make it a desirable location. While one quarter of the homes enjoy waterfront locations or water access, the remaining three quarters enjoy incredible views. The Puget Sound region is a spectacular place to live. There is an abundance of outdoor and cultural activities and offers diverse communities. It is the perfect place for snowbirds to consider with its generally mild summers and gorgeous late evening sunsets. It’s a quick two and a half hour flight to Phoenix to escape our rainy season and enjoy all that Arizona has to offer. 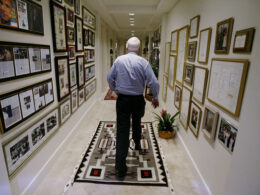 Along with sweeping, unobstructed views of downtown and Piestawa Peak, the penthouse at 2211 E Camelback Rd. also has quite a bit of history.
byKarah Van Kammen 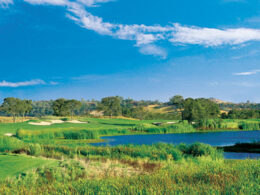 For individuals who have been holding out for the perfect real estate deal to pounce on, opportunity has…
byNichole 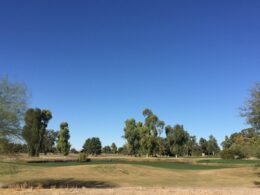 Valley Homebuilders Team Up To Solve the “Town Triangle” 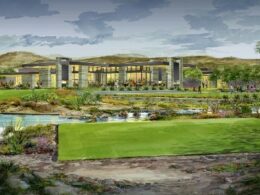 Construction Starts on The Village at Seven Desert Mountain