Kari Lake and John Hook, the longest-running news team in Arizona, anchor the award-winning “FOX 10 News at 5 p.m.” and “FOX 10 News at 9 p.m.” programs. Both are Emmy winners who have been covering Arizona news since the 90’s. Hook is an Arizona State University grad, being inducted to the Hall of Fame at the Walter Cronkite School of Journalism and the Silver Circle Society by the Rocky Mountain Southwest Chapter of the National Academy of Television Arts and Sciences. His fellow anchor, Kari, an active local nonprofit volunteer, received her degree from The University of Iowa. fox10phoenix.com. Also a 2016 winner! 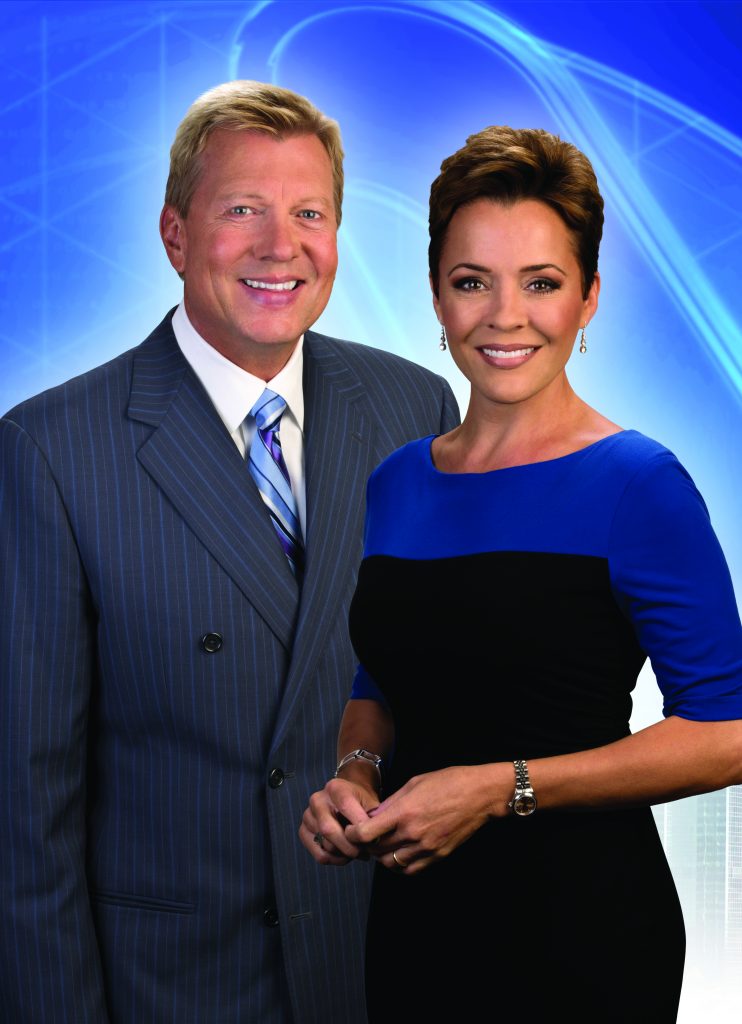 Almost seven years ago, Alicia Markham set out on a mission to help people “live life better for less.” In order to do so, she started the popular Web site Alicia’s Deals, which is dedicated to fi nding the best deals around to make saving money easy, fun and fast. The mom of two is also a regular contributor on 3TV and KTAR 92.3. dealsinaz.com. Also a 2016 winner! 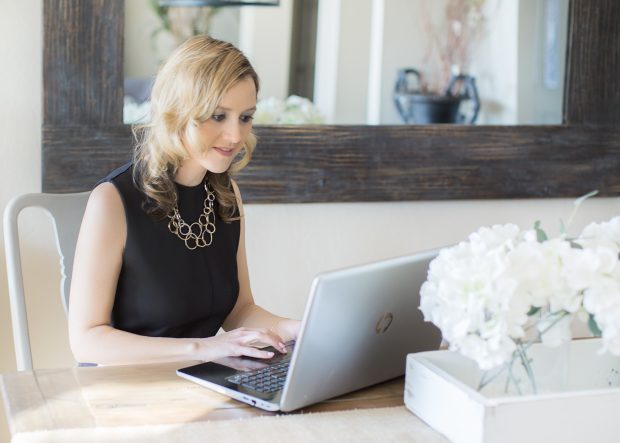 A favorite on “Good Morning Arizona,” Tess Rafols is an award-winning journalist who has covered everything from an F-5 tornado and presidential visits and elections to investigative reports on serial killings. This mom of triplets also loves being involved in community events that work with animal organizations and children’s charities. azfamily.com.

As the meteorologist, reporter and fill-in anchor at Fox 10, Kristy Siefkin is passionate about educating viewers on a variety of topics, from technology to politics, to arts and culture. Though she has been storytelling since the age of 8 when she entered a 4-H youth speech competition, her television career officially began in San Francisco, where she worked as a reporter, one-man-band video journalist, and weather anchor for KRON 4 News and CBS 5. Siefkin holds a bachelor’s degree in psychology from Duke University and a master’s degree in multimedia communications from the Academy of Art University in San Francisco. fox10phoenix.com. Also a 2016 winner! 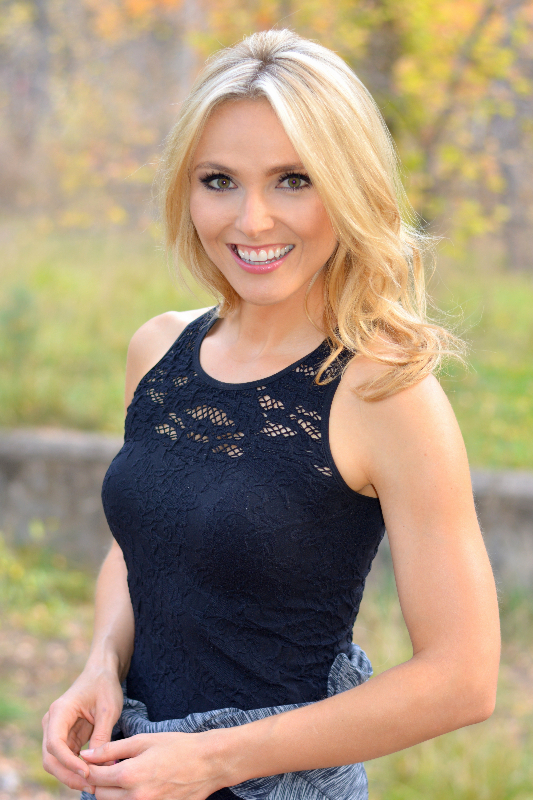 Nine-time Emmy winner Sean McLaughlin has been with CBS 5 for more than 10 years and has covered the likes of presidential inaugurations, space shuttle launches, the Olympic Games and much more. The father of four is a graduate of Iowa State University and served on the advisory board for the Greenlee School of Journalism. He is currently serving a second term as a community ambassador for the Junior League of Phoenix. cbs5az.com. 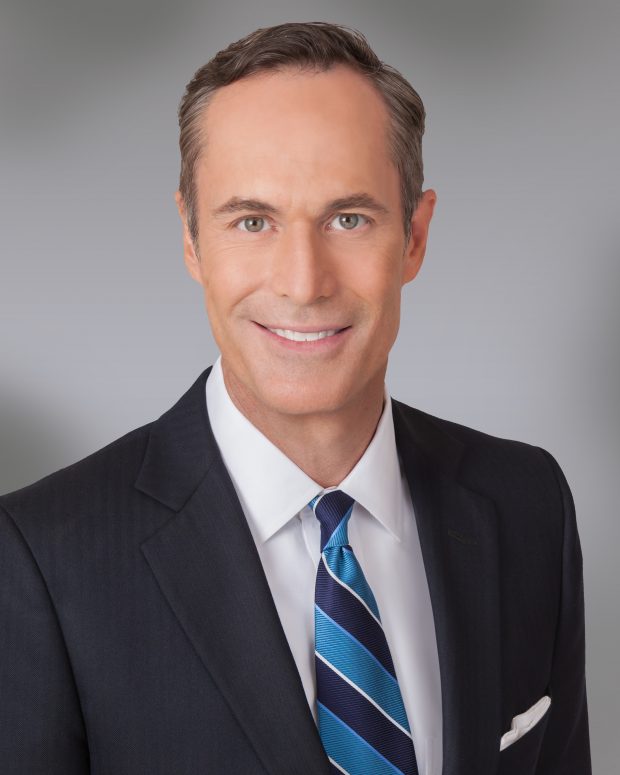 After her traffi c reporting duties are complete at CBS 5’s “Wake Up Arizona,” Heidi Goitia works on feature stories for KTVK (CBS 5’s sister station) and loves showing off the wonderful things that are happening in the Valley. This Arizona native and Northern Arizona University grad is a mom to three and strives to empower young girls and women to achieve their dreams. cbs5az.com. 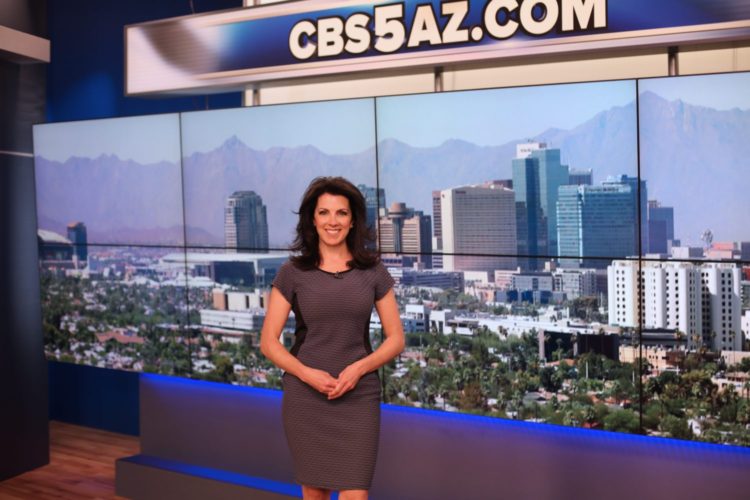 Alongside John Hook, Kari Lake makes up the longest-running news team in the state. She has won Emmys for her work as an anchor and reporter, with one of her most memorable opportunities being her interview with President Obama at the White House. When she isn’t at the news desk at FOX 10, this mom of two loves to read, swim and hike with her family and enjoys interacting with those who follow her on social media. fox10phoenix.com.

Ever since Joe Pequeno was a kid, he wanted to be a sportscaster. After graduating from the University of South Florida, the dream became reality. The Emmy winner has traveled coast to coast bringing viewers the latest in sports news. When not sports reporting, Pequeno enjoys comic-book collecting, visiting the beach and spending time with his two daughters. cbs5az.com. 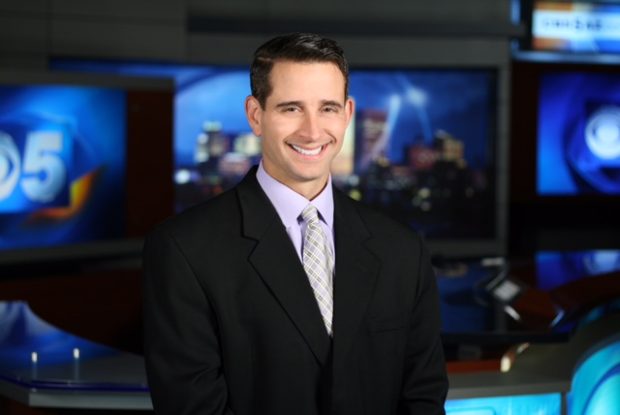 Host and main anchor of CBS’s “Wake Up Arizona,” Yetta Gibson has been in the Valley since 2003. The mom of three girls (Gibson jokes that her “stylist” is her 6-year-old, Slye) is a media professional across various platforms, including television, radio and magazine writing. The Emmy winner impresses viewers with her fabulous wardrobe as much as her journalistic skills, and says her favorite looks are “funky fresh, cool and professional.” cbs5az.com. Also a 2016 winner!

A member of the team at “Good Morning Arizona,” Olivia Fierro proves that even early birds can be fashion-forward. Her go-to wardrobe staples are dresses from Diane Von Furstenberg (especially her signature wrap dresses) while her favorite shoes are heels from Jimmy Choo. Away from TV, Fierro loves some “mom” attire; Lululemon, Alo, Beyond Yoga and Spiritual Gangster allow her to go from workouts to errands to getting her son to soccer, T-ball and karate. azfamily.com. 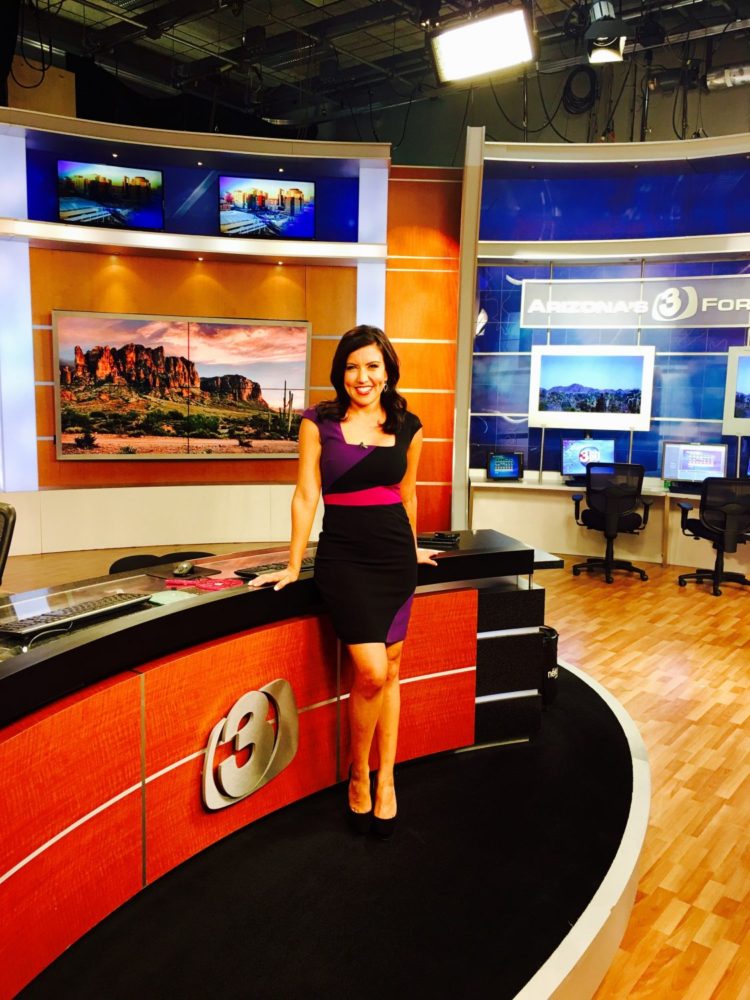 Originally from Southern California, Javier Soto has called Arizona home for the past 13 years (he is a graduate of California State University, Long Beach). He has worked his way up to being a 3TV anchor and reporter; his career began as a Northern Arizona bureau reporter for 3TV before he was promoted to a 3TV weekend anchor. Soto, who is also a Best of Our Valley winner for Most Fashionable Man Over 30, is now the Monday through Friday early-morning anchor on “Good Morning Arizona” from 4:30 to 6 a.m. azfamily.com. Also a 2016 winner! 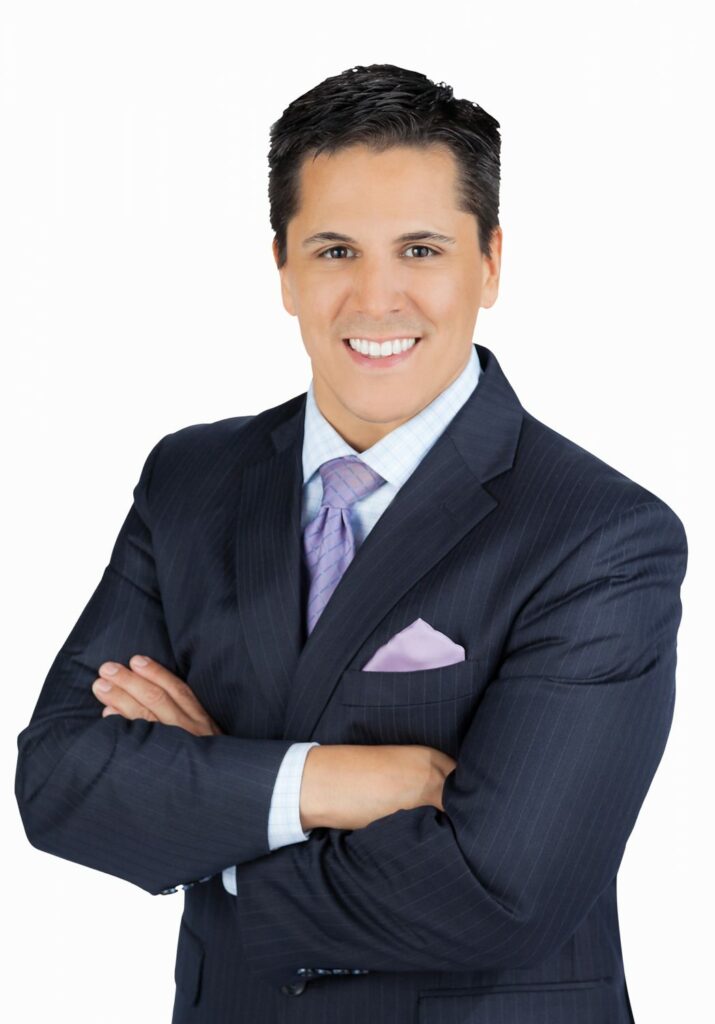 The name “Cerreta” has long been a beloved one in the Valley, as the grandfather of 3TV anchor Jaime Cerreta founded Cerreta Candy Company in Glendale in 1960. She has been in the media business for 19 years, beginning her career in the radio industry in Phoenix before working as a news anchor in four different cities. Now, Cerreta is making an impact on the local community as the anchor of “Good Morning Arizona” weekends and host of “Jamie’s Local Love,” in which she spotlights locally owned businesses. The dedicated journalist even won an Emmy for broadcasting live from inside a dust storm. azfamily.com. 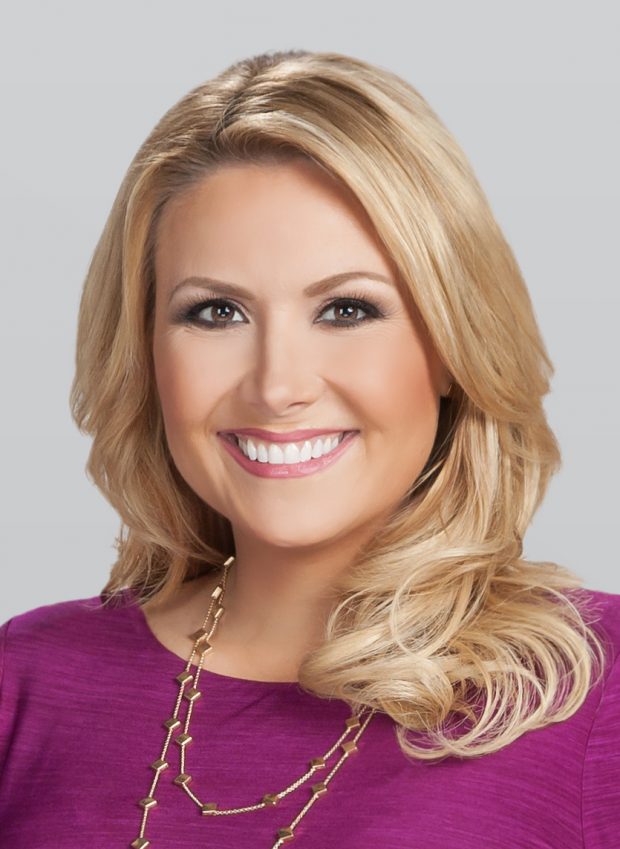 So yes to forever with @ganemjewelers ✨💍
•

Leaving for the holidays but need you have to leav

The weekend is almost over and the best way to sta

Checking in makes it a whole lot better when they

The #FaceofFoothills Magazine Photoshoot will be h