Best Of Our Valley 2014 – Best News Personalities in Phoenix

You voted for more than 4,000 nominees in nearly 400 categories (equaling 1.5 million-plus views at AZFoothills.com). Now, it is time to get to know your Best of Our Valley 2014 winners. From your favorite restaurants and resorts to your choice schools and shops, Arizona Foothills Magazine presents Best of Our Valley 2014.

On air and on screen, here are your favorite broadcasters, channels, Web sites, radio stations and more for getting your daily news and entertainment.

A THREE-TIME EMMY AWARD-WINNING JOURNALIST, Catherine Anaya is one of the state’s most celebrated talents. She has also received honors from The Arizona Associated Press Broadcasters Association and has even been revered for her print work in Latino Perspectives Magazine and Los Angeles Family Magazine. Anaya joined CBS 5 News in 2003 and has since co-anchored a presidential debate special for CBS 5 News with Walter Cronkite; graduated from the Valley’s Hispanic Leadership Institute; launched Sisterhood of Super Women; and much more. And did we mention that Anaya is a mama to two, a spin instructor and an avid runner who has completed 10 marathons in less than 10 years? www.cbs5az.com.

ONE WOULD NEVER GUESS THAT THE SUPER-STYLISH Kristen Keogh, of FOX 10, hates the mall. Instead, she prefers frequenting budget-friendly retailers like Marshall’s, TJ Maxx, Ross or Nordstrom Rack to find great threads without breaking the bank. (Plus, Keogh acknowledges that clothes can easily be destroyed while being out in the field, so she tries not to spend too much.) When she does splurge, Tory Burch or Michael Kors are her go-to designers. Her rule of thumb for her on-air looks: solid colors with a piece of statement jewelry. www.myfoxphoenix.com.

For everything from traffic and weather updates to breaking local and national news, locals turn to abc15.com to be in the know. The site’s Entertainment and Sports sections also provide great reads to enjoy during that morning cup of coffee or lunch break.

A longtime presence on Valley radio, Robin Nash first got her start in radio in the early 90’s while attending Arizona State University. She became the midday personality on the alternative rock station, The Edge 103.9, in 1998. As that music genre faded, Nash ventured to new territory and fans can now hear her—along with today’s pop hits—during the Afternoon Drive on My 103.9 and Hot 97.5 (which recently merged). www.trendingradio.com.

Arizona native Nina Cruz has been on the radio nearly half of her life, starting with an internship during high school with KKFR. This summer, Cruz became the nighttime DJ at LIVE 101.5 after spending some time in Palm Springs. One of her personal passions is helping homeless pets, even hosting a weekly segment called “Cause 4 the Paws.” live1015phoenix.cbslocal.com.

AS THE POPULAR ANCHOR OF THE SATURDAY AND SUNDAY NIGHT newscasts on ABC15, Stephanie Hockridge’s career has taken her all over the country—from the devastation of Hurricane Isaac in New Orleans to the red carpet at the Primetime Emmy Awards in Los Angeles to a one-on-one interview with Jimmy Kimmel. She has been in the Valley for nearly three years. www.abc15.com.

The midday DJ at LIVE 101.5, Jackie Morales, or Jackie Mo, is an Arizona native who attended the Academy of Radio & Television Broadcasting. Apart from her work on-air, Morales keeps readers up to date with the lastest celebrity news on her blog on LIVE 101.5’s Web site and is a host with C’est la Vie Entertainment. live1015phoenix.cbslocal.com.

Tim Hattrick and Willy D. Loon met in the 1980’s at a dinner party; the two became friends and are now one of radio’s most well-known teams. Listeners can currently catch Tim & Willy—and their parody songs, special guests and more—on 94.1 KRDE from 6 to 9 a.m., with sidekick Andrea Veres Hiland. www.timandwilly.com.

Thanks to its incredible lineup of anchors and reporters (including Best of Our Valley winners Kristen Keogh and Kristy Siefken) and dedication to providing its viewers with the latest info on stories that matter to residents, FOX 10 is where locals turn to for their morning and afternoon news. www.myfoxphoenix.com.

“Arizona’s Real Rock” station, 98 KUPD has the likes of Stone Tempe Pilots, Green Day, Muse, Radiohead, Metallica and other rock greats on regular rotation. The super-popular Holmberg’s Morning Sickness gets listeners pumped for the day ahead. Next month, the station hosts UFest at Mesa’s Quail Run Park. A Day to Remember, August Burns Red, Powerman 5000 and more are taking the stage at this highly anticipated concert April 12. www.98kupd.com.

Looking for breaking news and thought- provoking talk during your commute or while in the office? Turn to News Talk 92.3 KTAR FM for the best in breaking news, traffic updates and talk about topics that matter to locals. The lineup of Valley-based talk show hosts includes Ned Foster, Connie Webber, Mac and Gaydos, Rob and Karie and Bruce St. James. www.ktar.com.

Everyone from One Direction to Jay-Z can be heard throughout the day on LIVE 101.5. In between tunes, on-air talent from past and present Best of Our Valley winners (Lady La, Nina Cruz and Jackie Morales) make it worth sticking around. live1015phoenix.cbslocal.com.

From a very early age, Brandon Hamilton was passionate about TV, even moving to Los Angeles after high school in Cincinnati to learn about the film industry. After working on movie sets for a short time, he moved back to Cincinnati to get his broadcast journalism degree. In 2008, Hamilton landed his first TV job: Traffic & Special Assignment Reporter for News 5 Today. This history buff currently anchors traffic for ABC15 mornings and reports live for ABC15 at 11 a.m. featuring community events, charity events and other social gatherings. www.abc15.com.

AS A FORMER COACH, Craig Fouhy offers up his unique perspective on sports, which you can hear for yourself on the Sunday night sports show, “ABC15 Sports Sunday,” at 10:35 p.m. and weekdays during ABC15 News at 5, 6 and 10 p.m. (He spent 18 years coaching high school and college football.) He joined ABC15 in 1998. When his head isn’t in
the game, Fouhy loves to restore old cars; he is currently working on a 1936 Ford Pickup. www.abc15.com.

Playing a selection of music to please just about everyone in the carpool or the office, 99.9 KEZ is the go-to station to hear a Katy Perry hit one minute and a Bon Jovi power ballad the next. Plus, locals tune in weekday mornings to listen to Beth & Friends, featuring Beth McDonald, a longtime presence in Valley radio. www.kez999.com.

On weeknights, Valley viewers tune in to see the beloved longtime anchor team of Sean McLaughlin and Catherine Anaya deliver the news on CBS 5. They are Emmy Award winners who joined CBS 5 in 2006 and 2003, respectively. www.cbs5az.com.

Want to score free gift cards, half-off admission to some of the Valley’s top attractions and complimentary tickets to local events? Make sure you bookmark dealsinaz.com. The Web site, which is devoted to providing locals with the biggest and best deals, is run by the shopping-savvy stay-at-home mom of two, Alicia Markham.

While pursuing her master’s degree in Multimedia Communications at the Academy of Art University in San Francisco, Kristy Siefkin honed her broadcast journalism skills working part-time at KRON and KPIX where she held a variety of positions: weather anchor, traffic reporter, one-man-band video journalist and hard news reporter. In 2012, she headed to Phoenix where she is now a weather anchor and feature reporter for Fox 10 News. Among her most unique experiences on the job was talking to Nik Walenda before he tight-rope walked across the Grand Canyon; skating with the cast of Disney on Ice; and getting “flying” lessons from Cathy Rigby. www.myfoxphoenix.com.

Before calling it a night, locals turn to the CBS 5 Nightly News Team at 10 p.m. as they present late-breaking news stories, weather forecasts and recap the top news events of the day. www.cbs5az.com.

This five-time Rocky Mountain Emmy Award winner can be seen co-anchoring “Good Morning Arizona,” starting at
4:30 a.m. on weekdays. Kaley O’Kelley is originally from Washington and got her first taste of broadcasting as a senior in high school. After graduating from Pepperdine University, O’Kelley went on to work in Yuma, Santa Barbara, San Diego and, come 2003, Phoenix. www.azfamily.com.

Going on his 25th year, Scott Pasmore, of “Good Morning Arizona,” is the longest working on-air personality at 3 TV. He’s an Emmy Award-winning reporter—as well as a pilot who occasionally flies for a story for the show. Pasmore recently flew to Santa Barbara with a photographer to shoot a story on Oprah’s charity auction; he ended up beating every station in the country. www.azfamily.com. 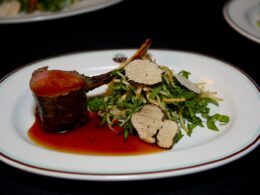 Taking charge of the competition by only a mere 2.63% over their closest competitor, the Scottsdale Culinary Festival…
byDina Smith 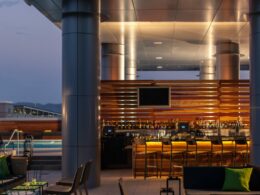 By Emily Glynn When it’s time to kick the party into high-gear, here are the Valley’s top hot…
byKarah Van Kammen 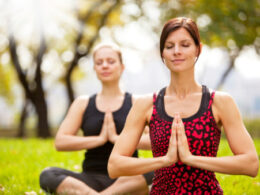 Health comes first!  In the Valley of the Sun, opportunities to maintain a healthy lifestyle are endless! Look…
byCaitie Andreen 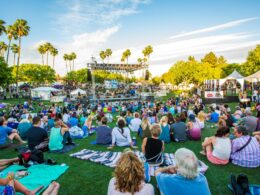