Each year at electronics and trade shows around the world we are treated to the newest and freshest innovations, innovations which span the whole scope of the engineered world, be it a cell phone or a faucet head.  But year after year it seems that the same items are forgotten.  Whether it is a lack of financial motivation to improve on an already working design, or just mere coincidence and happenstance, certain technologies do not seem to have changed much since their original point of conception.

Sometimes this reality can be a good thing, such as is the case with vinyl records, a throwback technology whose aural superiority over more recent audio technologies can be argued quite convincingly.  On the other end of the spectrum we have the common household toaster.  There is something not quite right about the idea of waiting five minutes like a barbarian for our bagels to toast, while also listening to techno on our iPods and social networking on our tablets.  One other technology that has not seen some much warranted improvement?  The postal truck.

Volkswagen Group Research together with the German Post Office (‘Deutsche Post AG’), as well as the University of Art at Braunschweig, formed a think tank on future transport and mobility issues.  These research activities, conducted in a landscape known for engineering breakthroughs and masterpieces, has led to a completely new vehicle concept for the delivery and logistics field: eT!

The eT!  Is the hyper futuristic version of the modern postal truck, driven by high tech zero emissions power and designed to navigate in tight urban spaces while also retaining a good deal of interior cargo space.  The most exciting aspect of the eT! concept however is the way in which it transforms the jobs of those who would use it on a daily basis.  In other words, not only does it change the postal truck, but it changes the manner in which mail would be delivered alltogether.

The eT! is designed to be operated semiautomatically in many situations.  The car can, without a driver mind you, the delivery person from house to house by following commands(“Follow me”), or the car can return to the delivery person on command (“Come to me”).  As an alternative, the driver can direct the car’s movements via a ‘drive stick’ from the passenger’s side that also offers a standing seat and quick access to the vehicle.

Of course classic Hollywood films such as Blade Runner, and slightly less classic films such as Maximum Overdrive, have served to warn us of the possibility of future technologies one day turning against us with maniacle rage, or just plain rudeness.  We here at Vroom, however, feel that we, humanity, can rest assured in the more than capable hands of the engineering team over at Volkswagen. 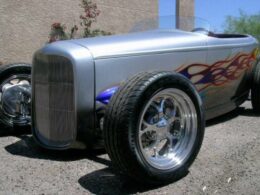 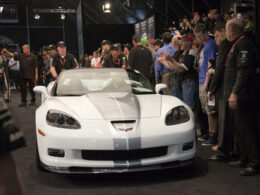 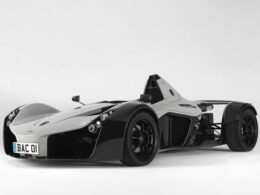 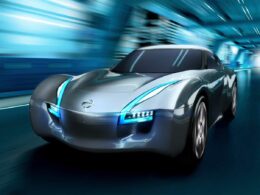 Every March automotive enthusiasts and industry professionals gather in Switzerland for the Geneva Motor Show.  This year featured…
byMike