Finally, the day we have all been waiting for, the day which we all have dreamed of ever since seeing Doc Brown in Back to the Future dumping trash into the fuel tank, a day when no longer will we spend countless minutes burning our dollars at gas pumps, and instead will simply burn rubber by taking out the trash.  Right now technology is pointing us towards using old newspaper as an alternative fuel source.

A team from the Department of Cell and Molecular Biology at Tulane University has discovered a new strain of the bacteria Clostridium, TU-103, that can produce a biofuel when breaking down newspaper.

“This discovery could reduce the cost to produce bio-butanol,” says associate professor David Mullin. “In addition to possible savings on the price per gallon, as a fuel, bio-butanol produced from cellulose would dramatically reduce carbon dioxide and smog emissions in comparison to gasoline, and have a positive impact on landfill waste.”

Dr Oliver Inderwildi, a lead automotive sustainability researcher at Oxford’s Smith School of Enterprise and the Environment called the discovery “A breakthrough, the scientific results are convincing, especially the point that the bacterial strain works when oxygen is present is a breakthrough.”

He adds: “Up to now, only bacteria that are destroyed by oxygen worked and that is a major issue for the large scale production. At
present butanol is either produced chemically using a two-step process, which is relatively energy intensive (the butanol consequently has a high carbon footprint and the energy balance is not good). Biochemically it is produced by fermentation of sugar or starch and this should not be done on a large scale due to the food-fuel trade off. Therefore, the results from Tulane could help to produce significant amount of butanol sustainably.”

So perhaps it would be a good idea to follow current events and to save up on a potential future fuel source at the same time.

Phoenix Valley auto enthusiasts should plan on attending the Phoenix Arizona International Auto Show to learn more about the most recent concepts and innovations in the auto industry, taking place at the Phoenix Arizona Convention center over Thanksgiving weekend. 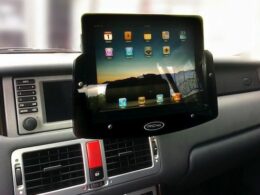 Phoenix Valley residents, on average, are going to be spending a lot of time in their vehicle.  Sometimes…
byMike

The new Land Rover DC100 concept has just debuted at the Frankfurt Motor Show, ousting every other SUV…
byMike 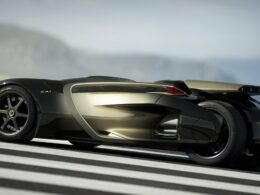 When we think of luxury electric cars we may imagine a Tesla, a Fisker, or possibly one of…
byMike