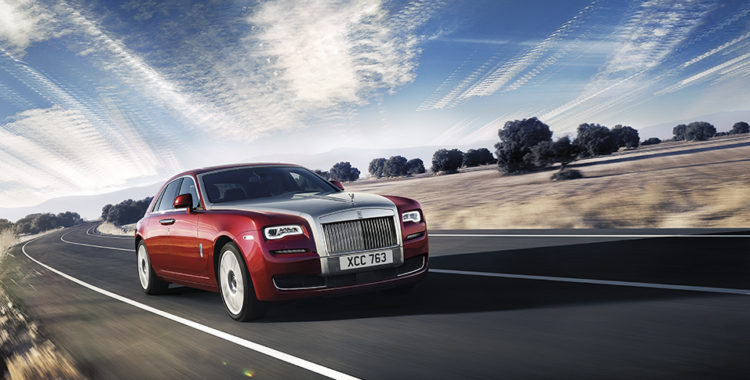 When the Rolls-Royce Ghost launched in 2009, it was immediately well received. less expensive and more approachable than the behemoth Phantom. It was a car to drive, instead of be driven in. A car made to celebrate the spirit of success and entrepreneurship. A car That celebrates making money. A car that says ‘I’ve arrived.’ it helped the iconic brand enter an era of unprecedented growth.

Since the Ghost launch, Rolls-Royce has quadrupled in size. For every Phantom sold, three Ghosts get scooped up. So now, five years later, Rolls-Royce brings us a refresh. Improving on the already deeply impressive. Making its big American debut in Dallas TX, a city that celebrates the entrepreneurial spirit as much as the car does, Is the 2014 Rolls-Royce Ghost Series II.

Since all Rolls-Royce models have a huge life cycle between refreshes, the Series II changes are subtle but necessary to stay relevant in an industry where performance and technology work hand in hand to establish automotive prowess.

The mission of the Ghost Series II redesign is straightforward enough. Make it bigger, bolder and more powerful. All without adding an inch to the wheelbase or overall dimensions. To accomplish this, the talented people at Rolls-Royce have implemented several tricks of the eye. The iconic ‘parthenon’ grill and bottom valence have been lifted and the new state of the art LED headlights were moved further to the edges in order to visually widen the car.

These attractive tear drop shaped LED’s are as smart as they are beautiful, adapting to the road and ambient light, turning to follow the curves of the concrete and brightly illuminate the path ahead.

Everything culminates to give the subtle ‘suggestion’ of change, though, unless the old Ghost is parked right next to it, it’ll be hard to actually pinpoint what these differences are. Since a Rolls-Royce is more a work of art than a car anyways, most owners would be upset to see any change that was too radical. Needless to say, the final product is absolutely stunning.

As with any Rolls-Royce, the only thing more opulent than the outside is the inside. Sir Henry Royce, a founding father of the illustrious brand, had a rule of “accepting nothing nearly right or good enough.” The 60 plus skilled hands that go into the 100% hand-built assembly of each car, obviously are obsessive rule followers. Over 450 man hours go into each Ghost, to give some sense of the scale of the process. This is not just a car. Just like ‘The Last Supper’ is not just a painting. A Rolls-Royce is an exercise in creation, design and art.

The grain of separate wood panels are carefully matched with agonizing precision. Everything is hand-stitched and hand stenciled. Each nut and bolt is hand turned. Every material is simply the very best available, and now thanks to the Bespoke program offered by Rolls-Royce, each customer takes part in the creation of their very own, completely unique to them model. Any request, any at all, provided it doesn’t compromise the vehicles safety, will be granted. Albeit, at a ‘if you have to ask, you probably can’t afford it’ kind of price. Want the cars glossy paint to perfectly match your favorite Hermes bag or fur coat? No problem. Want the entire interior to match too? Why not! Who needs contrasting colors anyways.

A staggering 89% of Ghost customers personalize their cars through the Bespoke program in one way or another. Further demonstrating that, this is more than a car. It’s an expression of personality and a celebration of success.

Settling in behind the sail-boat sized steering wheel it’s Rolls-Royce business as usual. Everywhere your eyes wander they fall on rich leather and polished metal. The spirit of ecstasy rotary controller has an intuitive interface that makes media, navigation and core car settings a breeze to navigate. The onboard display even has a night vision mode to detect wildlife with a death wish.

Powering our highway hero is the familiar 6.6L twin turbo V12, churning out an impressive 563 hp and 575 lb ft of torque. Power delivery is smooth as silk and steady as a train. This potent engine is paired to an eerily intelligent transmission that’s satellite aided to anticipate corners and sudden elevation changes, selecting the appropriate gear in advance to maximize efficiency and reduce gear changes by 33%. In true Rolls-Royce fashion, the majority of gear changes are entirely imperceptible.

A plethora of electrical and mechanical magic is always going on behind the scenes. You’ll hardly realize it. That’s kinda the point. All you need to do is nestle back into your buttery soft leather seat and let your 18 individually tuned speakers fill the perfectly sound insulated cabin as you float past car after car full of gawking children and envious adults. For a second in their rear view mirror, then suddenly, red taillights disappearing down the dark ribbon of black road way out front. Leaving them unsure of what they just saw. Whether a highway apparition. A specter of beauty. A Ghost. 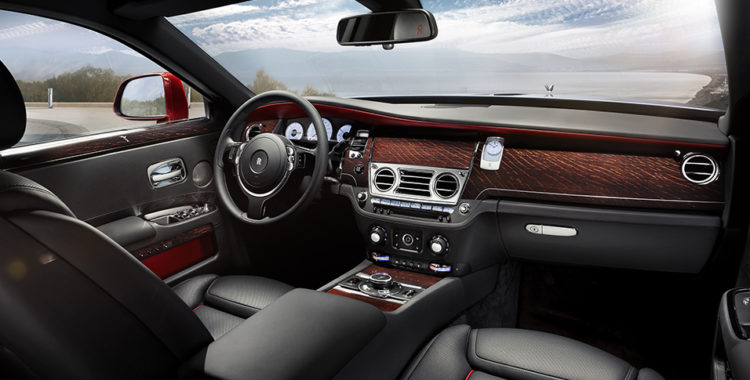