Toyota’s full-size SUV hit the scene in 2008 as a three-row enclosed variant of the Tundra pickup. It came with some impressive hardware for the time. A strong V8 and independent rear suspension. It was big, solid and built to last. And so, it seemed perfectly appropriate that Toyota would name it after a tree just as strong and sturdy, the Sequoia.

Falling in line with nearly every other Toyota model, the Sequoia has now been graced with a TRD Pro version. Fitted with all the right bits and pieces to tackle some serious trails. Provided they’re wide enough. Hardware includes TRD tuned front and rear Fox Shocks, Rigid LED fog lights and the all important front skid plate and TRD roof rack. There’s also black aluminum running boards, a custom black grille and 18” forged wheels by BBS. The same wheels that appeared in bronze on the Land Cruiser Heritage Edition. Like the rest of the rough and tuff TRD line-up, it has an Army Green color option. Finishing things off in the back is a handsome TRD exhaust system.

Stepping up inside the cabin you’ll find it to be chiseled and truck-like. A clear function first approach. Controls are simple and oversized, with big dials and buttons that feel a little light and cheap when operated. There’s also an awful lot of hard plastic, in different textures and finishes. While this might make for easy wipe-down when things get dusty and dirty, it feels a little cheap and dated. There are some modern conveniences mixed in though. Like multiple USB media and charge ports. Bluetooth, Android Auto and Apple CarPlay. Pedestrian detection, lane departure alert, emergency braking and adaptive cruise control.

While other Toyota Sequoias come with an eight passenger configuration, the TRD Pro has second-row captains chairs and a bench in the back. Comfortable seating for seven. Perfect for most families and a dog that will ping pong between enjoying the roll-down window at the back life-gate and laying between the two captains chairs.

The torquey V8, multi-mode 4WD, locking center differential and double wishbone suspension continue to feel modern and relevant from 2008 to today. A six speed transmission and 14 mpg rating however feels extremely last decade. The interior is in need of an update as well. Higher quality materials with fewer plastics and more polish overall. Largely though, the Sequoia boasts few fundamental differences between the older and newer models. It continues to be roomy, thirsty, versatile and comfortable.

It’s also pricey at over $65,000.00. At first instinct, this may seem like a lot, but when you consider the V8 equipped Chevy Tahoe can surpass 80K, the price comparison softens the blow substantially. I guess that’s just where we are in 2020. For a large, off-road capable SUV with a big V8, you better be ready to pay big too. At least with the TRD Pro package, the Toyota Sequoia has never looked more rugged and ready for the trail ahead.

For a long time, cars like the Honda Civic had the market cornered on reliable, practical, good on…
byMike 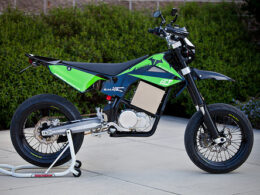 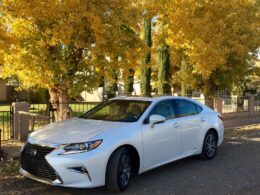