If you’re perceptive enough to notice the other vehicles you share the road with, you may have noticed a fresh face in the crowd. It’s brand new to the scene and called the Stinger. And yes, it’s made by Kia. Now typically, for all the improvements in the design department that Kia has made over the years, when it comes to performance and handling, they seem to always be struggling to catch up. For Kia, the new for 2018 Stinger is a quantum leap in the right direction to bring styling in-line with performance to date.

It’s a sedan with sleek, graceful lines and a low ride height. Aggressive packaging comes in the form of a fastback-like hatch where even the base model is blessed with plenty of cosmetic goodies. It really is a head turner. Coming to us standard with a turbo 2.0L 4-cylinder churning out 255 hp, and offering a premium GT option with a potent turbocharged V6 boasting 365 ponies, the Kia Stinger is far from just another pretty face, as there’s plenty of moves to back up those good looks.

I was impressed with my base model and the long list of standard features included. 18” wheels make the cut, along with leather upholstery, heated seats, parking sensors, rear camera and 7” display, USB ports, Bluetooth, Apple CarPlay-Android Auto, selectable drive modes and more. GT models get two varieties to choose from, a GT1 and GT2. Biggest performance difference between the two being a limited-slip differential fitted to the GT2.

It would seem that Kia has achieved a new and exciting sport sedan option at a great price, where exterior styling is finally matched, if not surpassed by performance. Acceleration with the base model 4-cylinder turbo doesn’t quite keep up with the Stingers’ sporty good looks, but I imagine the V6 turbo is strong at any speed with its high horsepower figures. Steering felt great and the body stayed nicely composed in tight bends, especially in Sport mode. Use of the paddle shifters wasn’t enough to keep the Stinger in manual mode though, as it insisted on taking over despite my desire for it to hold a lower gear.

Sporty, body-formed seats will keep you in place, but won’t be comfortable for every shape and size. With that swept back design, you’ll find both head and leg room to be limited in the back row as well. Rear visibility also takes a hit with the fastback profile. Without question, this is a drivers car, and the drivers seat receives the best visibility, ergonomics and space.

While The Kia nameplate still lacks the pedigree to really compete with the sporty German sedans, there’s no denying that the new for 2018 Kia Stinger is an exciting addition to the Kia family. It finally has both the looks and performance aptitude to be a complete package, and at a price that will be difficult to beat. Throw in the famous Kia warranty packages for extra peace of mind and the Stingers appeal becomes less and less skin deep than ever. 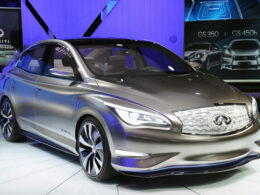 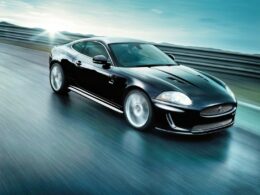 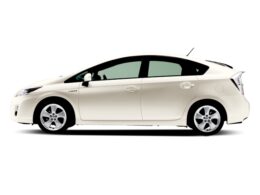 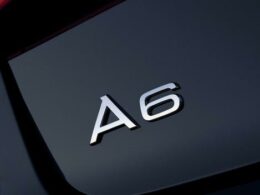