Back in the early 90’s, Ford made a decidedly un-Mustang-like move when they released a 4-cylinder version of their popular Pony car. It was, to nobody’s surprise, not very well received. Fast forward to today, with a newly redesigned Mustang, destined to be sold on an international stage. Ford is at it again, resurrecting the past, albeit with a whole new recipe for success. While to most Americans, a Ford with a horse on the grille and 4 cylinders too few under the hood will always be viewed with a great deal of skepticism, let’s give the 2015 Mustang Eco-boost a chance before hitching up our overalls and sharpening our pitchforks.
As you might have guessed, the ‘boost’ in Eco-boost means that the new Mustang is turbocharged. Bolted to a 2.3L engine that nets us 310 hp and 320 lb. ft of torque. These are impressive figures for a small displacement engine, and good enough to propel you from 0-60 in 5.7 seconds. That’s as good as the V8’s of the past really. The turbo takes a moment to gain momentum, but the torque is available early and builds with an even rush all the way to redline, accompanied by a whistling turbo and the unfortunate absence of a blow-off valve with gear changes. Unfortunately, despite Fords efforts to enhance the exhaust tone through the stereo, the Eco-boost Mustang still sounds like an overworked 4-cylinder engine. More akin to an Audi A4 turbo than that timeless V8 roar we all expect. This may be proof that in the sound department anyways, there really is no replacement for displacement.

Being compared to an Audi is hardly a bad thing though, and to further the comparison I’ll point out that Ford has stepped up and made vast efforts to refine and modernize the new Mustang more than in any generation before, again, probably in anticipation for sales in an international market. Cabin isolation and overall finish quality is much better. Gone is the cheap plastic interior. History is that live rear axle, replaced by a more modern independent suspension. This new suspension and stiff chassis combined with wide rear tires create a driving experience that’s rewarding and engaging. Turn in is sharp and flat with easily corrected over-steer. Grip seems endless and the level of driver feedback is wonderful. You’re always aware of what’s happening under those four tires, but not in too punishing a way where you need a chiropractic adjustment after a trip to the grocery store. With the rear axle a thing of the past, the new Mustang is much more controllable and comfortable. The brakes are extremely responsive too, with a pedal that’s firm, providing immediate response.

Measuring out all that available torque is a 6-speed manual gearbox that’s nothing short of a delight to operate. The shift gates are well defined and the short throw shifter maneuvers through the gears with a mechanical precision akin to sliding the breech barrel closed on a bolt action rifle.

As I said before about the Mustangs new interior, a great deal has been improved, while still retaining many traditional Mustang cues. Materials have a premium look with black leather trim and softly padded panels held together with red contrast stitching. A big, easy to operate infotainment display sits front and center and is especially vivid when serving as your back-up camera. Race inspired gauges show oil pressure and boost levels. Set low is a row of heavy metallic toggle switches that let you adjust steering heft and driving modes, ranging from normal, sport plus, track and rain/snow. In track mode everything tightens up and traction control gets turned off. Don’t worry though, with a 4-cylinder engine and wide rear tires you’ll barely be able to manage a decent burnout let alone spin-out uncontrollably.
Aggressively styled and fully adjustable black Recaro racing seats are all business and will keep your keister firmly planted while you wind through tight corners at unreasonably high speeds. For normal commuting though they’re a snug fit and can be uncomfortable for anyone with a BMI north of 25. Seats that are heated and cooled are an option. Other nice features include climate control, push button start, a tilt and telescopic steering wheel, adaptive cruise control, voice-activated navigation and a premium sound system. As expected, back seats are good for pint sized thrill seekers only.

On the outside the Mustang has also experienced a grand transformation. I’ll be honest, for decades now I haven’t loved the design direction of Ford’s most accessible sports car. This new model however is a huge step in the right direction. The most notable difference being how they’ve stretched the sheetmetal all the way back to create that gorgeous ‘fastback’ look we haven’t seen in the Mustang since the mid-60’s. It all ends in a duck fin spoiler with a big rear diffuser and brightly tipped dual exhaust underneath. There’s plenty of party up front too. The headlights are sharply slanted and full HID with LED fog lamps below to create a menacing glare in anyones rearview mirror. The hood is sculpted and those 18” machined aluminum wheels round out the package perfectly.

The all new 2015 Ford Mustang Eco-boost, 4-cylinder though it may be, is undeniably fun to drive. Especially if you ‘pony’ up the extra dough for the Performance Package to get the stiffer suspension, bigger brakes and extra chassis braces and stabilizer bars. This package really unlocks the cars full potential whether at the local track or attacking any twist and turn on the road. It has a wide, flat power-band that’s better than the peakier V6 version, and the fuel efficiency of a turbo four that makes a full 26 mpg combined. If raw piston driven power is still your priority, than the classic V8 is still gonna be your best bet, but Ford has certainly provided an intriguing alternative for the rest of us. 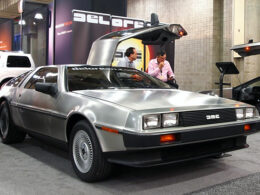 Gas? With whats in this car, we don't need gas. But we do need an outlet.
byMike 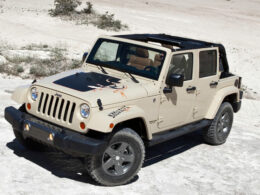 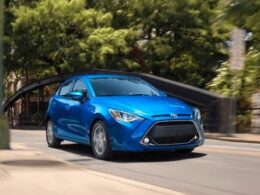 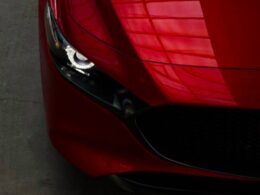 The Mazda brand has always put the pleasure of driving first. Way out in front in some instances.…
byContributor