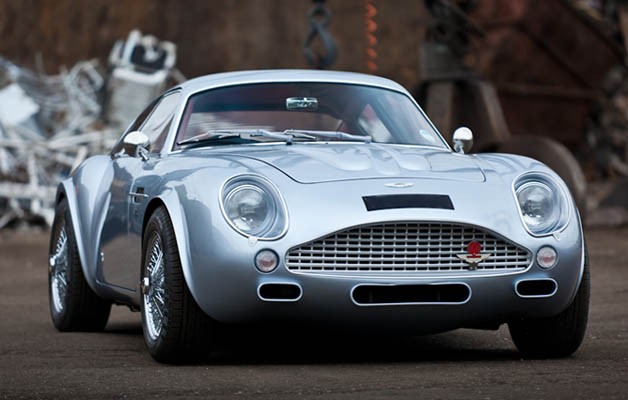 The Aston Martin DB4 GT is one of the most sought after luxury collector cars on the planet. With vintage “space age” styling and classic 1960s curves, the DB4 GT represents retro style with more power and force of personality than perhaps any other vehicle on the planet. Historically this car has been a challenge to obtain, but some industry innovators are offering a thoughtful solution for the collector with distinguishing tastes.

When they unveiled the DB4 GT at the 1960 London Motor Show, Aston Martin built 19 examples through 1963. In 1991 an additional four examples were built, followed by another pair in 2000. This limited production pool has kept the car a rare and expensive item. Some of the most recent DB4 GT auction sales have approached $2 million. This prices out even many quite wealthy collectors.

British coachbuilder Evanta Motor Company has brought a third option to the automotive table. With a background in creating modern replicas of the DB4 GT, among other classic Astons, the company decided to experiment with creating a DB4 GT out of an existing framework (as opposed to starting from the ground up). Taking the base body of an Aston Martin DB7, a car that enjoyed a ten year full production run, they have molded and reworked every angle to recreate the classic DB4.

Leaving most of the original engine and drive-train in place, the company only brought a few modern updates to the vehicle, such as air conditioning and air bags.

The classic rocket silver body leads way into a lush red leather interior, a dashboard with more dials and meters than flight control center, and the atmosphere of a long history of luxury and performance.

Phoenix Valley automotive enthusiasts can contact the Evanta Motor Company directly with any purchase inquiries. Seeing as how it is essentially a custom car, it is likely that Evanta would be willing to customize each vehicle to meet highway standards of the purchaser’s home country.