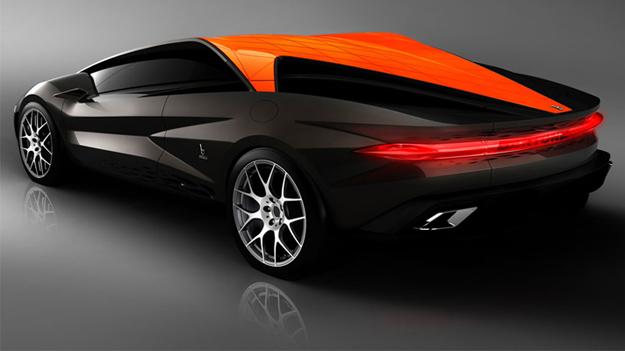 “The Nuccio is an ‘extreme’ sportscar that puts an evolutionary imprint on the concept that is built into Bertone’s dna: the mid-rear engined Berlinetta,” said Bertone, referencing Ferrari’s new fastest ever street vehicle(Berlinetta), in a press release.

The concept car that Bertone has debuted at the Geneva Motor Show to celebrate its Centennial is called the Nuccio, named after Nuccio Bertone, the famed Italian racer, designer, and long time commander in chief at Bertone.

The Nuccio takes its layout from the low and muscular one-box design that is prevalent in the company’s design history.  At the same time, The Nuccio displays a styling that is at once both unmistakably Italian and also so future looking as to be other worldly.  Like many great works of art, it rides the fine line on the edge of cultural relevance and innovation to the point of mind boggling abstraction.

Like a collection of DaVinci sketches, the Nuccio will be touring the world in honor of Bertone’s centennial, holding viewings and exhibitions at various trade shows on multiple continents.  On the North American end of the tour, Phoenix Valley automotive enthusiasts can take a look at the Bertone Nuccio at the Concorso Italiano at Laguna Seca, California in August.

Often a Phoenix Valley luxury and classic car enthusiasts can easily find what they may be looking for via one or two well placed phone calls to some connected Scottsdale dealerships, but the Bertone Nuccio will be a little tougher to get one’s hands on.  A: The Nuccio is a concept vehicle, thus we do not know if it will ever go into full production.  B:  Bertone is one of the most exclusive of the fine boutique Italian automotive styling houses in existence, thus even a production version of one of their fine vehicles can be a little difficult to procure.

BUT, as we all know, most things do have a price, and word around exhibition grounds in Geneva is that the display model for the Bertone Nuccio will be up for auction sometime in the near future.  Stay tuned to Vroom for updates.