Yesterday Volkswagen confirmed that it’s new 2012 Beetle R model will be selling in North America.  The new model was unveiled April 18th 2011 in a massive three continent event, covered by MTV, and featuring multiple chart topping headliners as part of the suspenseful build up.  What most Phoenix Arizona motorists are likely asking is, “Build up to what?  How is the Beetle R any different than past Beetle updates?”

What the Beetle R model brings to Phoenix Arizona auto enthusiasts is a masculine re-design, as opposed to simply a polished re-model like we have seen with past updates.  The original and consistent 1930s design style, with it’s bubble shape and large exaggerated curves, is not exactly in style at the moment.

When the auto manufacturer brought the car back in the late 1990s in the form of the New Beetle, only minor updates were made to the exterior, while the interior was fully redeveloped into a modern plush masterpiece of ergonomics.  With the upcoming US release of the Volkswagen Beetle R, the German auto manufacturing giant promises a further re-conceptualized modern take on the classic model.

The exterior of the Beetle R looks almost like a cross-hybrid of a classic Beetle and a modern Porsche.  It is simple and masculine, yet it retains the vintage charm of a Bug.  The new body design also features a more fluid drag coefficient, which is becoming increasingly important to Phoenix Arizona customers as fuel prices rise and green conscientiousness becomes more ubiquitous.  The engine in the R features the same 2.0-liter turbocharged four-cylinder gasoline engine found in the upcoming Golf R, perhaps even with the same 270 horsepower rating.

Phoenix Arizona residents can view and test drive the new 2012 Volkswagen Beetle R at any of the Phoenix Valley area Volkswagen dealers.  Expect more options on the Beetle, such as diesel, hybrid, and convertible possibilities, to hit Phoenix Arizona dealers in 2013. 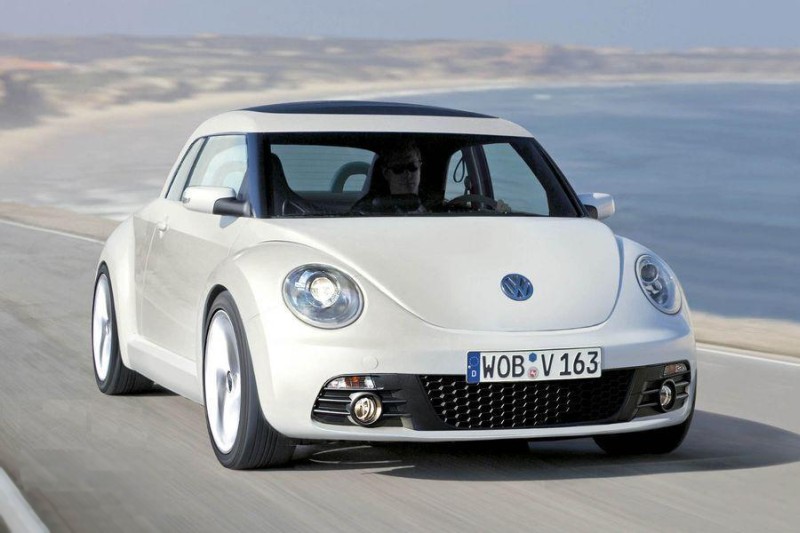