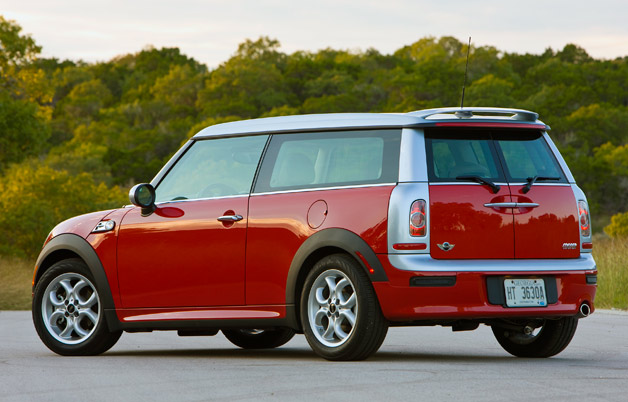 We decried the NYC commission when they nixed the Turkish made Karzan van in favor of an inferior model.  We have shed tears over the loss of action mobiles such as the A-Team panel van in place of the faceless minions of minivans currently covering the endless miles of asphalt laid upon Phoenix Valley freeways.  While we have been lamenting the downfall of the van here at Vroom, sometimes glimmers of hope crest upon the horizon.  This current diamond upon a sea of mediocrity comes to us from the land of warm beer, delicious sausage, and world class engineering, Bavaria, and its namesake auto manufacturing powerhouse, BMW.

Inside sources at BMW have hinted that the auto manufacturer may be debuting a Mini panel van at the upcoming Geneva Motor Show in March.  This new Mini panel van will be a game changer in the market, giving everyone from soccer moms to delivery drivers a possibly better option when they hit the market for a new vehicle.

The German publication “Auto Motor und Sport” reports that the concept Mini panel van will likely be based on the Mini Clubman, with the rear bench seat removed in favor of a long load floor.  In the most likely scenario the rear side windows will be ditched for sheet metal like most current market panel vans.  Whether the rear windows will be left intact or replaced by a more conventional panel van back end design has yet to be articulated.

The concept is intriguing, mostly because it seems so unlikely.  Taking a vehicle designed with space economy at the forefront and entering it into a vehicle genre for which a surplus of space is the defining characteristic is counter intuitive at best.  But, like a well thought out physics conundrum or a finely played game of chess, some of the brightest points of human achievement come as the result of the hardest challenges.  We will keep an eye on the concept as it develops and keep Vroom readers updated as the months progress.

#FaceOfFoothills Round 3 Starts TODAY at 12!🌟 L

Who’s ready for some cooler weather and a reason