Hybrid vehicles are becoming more and more ubiquitous in Phoenix Arizona, with the Toyota Prius leading the pack (partly due to a long head start) and competitors gaining ground by the day.  As we have discussed and reviewed in previous posts, there are many new production and concept car options for auto enthusiasts in the market for a vehicle that is on the cutting edge of both performance and green-sustainable technology, yet many of these options price out the majority of those in the buying public.  So what can a Phoenix Arizona resident do when they have a standard hybrid and want to maximize its power and performance?  Lets look at a few options that we have open to us.

One way to boost hybrid power is to update the batteries. For example, the battery used in the third-generation Toyota Prius is smaller and more efficient than batteries contained in any older models of the vehicle, which does give it a slightly higher power output, with the third generation cranking out 36 horsepower, where the second generation’s battery pack was rated for 28 horsepower.  Although it’s only a slight power improvement over earlier generations, battery technology is moving towards lithium-ion batteries that can potentially produce even more power in the near future.

Lithium-ion batteries can produce more power in the same amount of space, because lithium has greater energy density than the nickel metal hydride batteries used in most hybrids — and it weighs less as well.  Because of its obvious superiority as an electrical fuel source, it will likely soon be replacing all old model batteries in all hybrid vehicles.

The electric motors can also increase their power by upping the voltage. The 2010 Prius model, for example, increases its power from a 500-volt system in the previous version, to 650 volts in the redesigned model.

Both Honda and Toyota have sport hybrid vehicles on the horizon. Honda’s CR-Z will be a sport hybrid with high a torque output in a comparatively small package, while Toyota’s FT-HS concept utilizes a 3.5 liter engine and an electric motor to produce 400 horsepower. Toyota predicts the hybrid sports car will go from zero to 60 mph in roughly 4 seconds, more than enough speed to get consumers to start looking at hybrids in a new light, possibly helping to bring about a paradigm shift in market and genre perception.

At this point most of the large auto manufacturers offer at least one hybrid-green vehicle in their line-up, thus Phoenix Arizona residents can view and test drive cars such as the Chevy Volt or the Toyota Prius at their respective Valley dealerships. 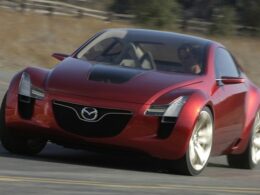 From lasic surgery to sharks with lasers mounted on their heads, laser technology is gradually replacing past technologies…
byMike 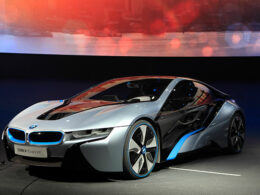 Technology used to sell itself on excitement.  One needs only to look back at the “space age” during…
byMike
251 shares
251
0
0 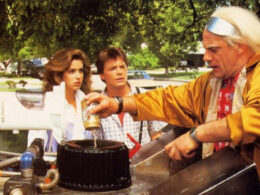 Finally, the day we have all been waiting for, the day which we all have dreamed of ever…
byMike 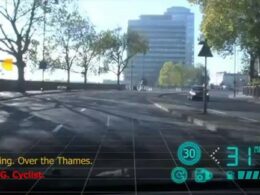 It is the chief complaint pertaining to the information displays in new ultra high tech cars.  They are…
byMike