According to inside rumors which have been surfacing over the past few days, BMW intends to set it’s Mini Rocketman concept into full production mode, with models set to hit showroom floors in the Phoenix Valley area and all of North America as early as 2014.  This year at the Geneva Motor Show, BMW premiered the Mini Rocketman concept car, which is built specifically for the dense urban spaces of the future.

Mini Cooper’s latest production model is the Mini Countryman, which actually adds size and space to a brand whose basic idea of size is built into the name.  Mini enthusiasts may enjoy the Countryman, and it is still very small, compared to say, a Suburban, but it plays against the strengths of the brand.  BMW has decided to head the brand back to it’s core and roots with it’s latest concept model, the Rocketman.

The main focus of the design process of the Rocketman, aside from being able to operate efficiently in dense urban spaces, was to keep the body as light and petite as possible.  This is done by using a light carbon space frame, ultra lightweight wheels, and a glass top.  The glass top not only serves to decrease weight, but also works to open up the small interior, and provides an enriched passenger experience when navigating inner city high rise canyons, or actual rural scenic routes.

Under the hood of the Rocketman we find a drive system which combines further enhanced sprinting ability with average fuel consumption of an astonishing 78 mpg.  BMW has yet to release all of the specs and details of the engine and power designs, but with numbers as high as 78 mpg, we have to be curious as to what combination of high tech battery power and hybrid electric-fuel process BMW is working with.  Either way, 78 mpg is about as high as it gets, and that is BMW’s projected average, which means that, when taking highway driving and hyper milling into account, a skilled driver could easily get over 100 mpg out of this vehicle.  This could amount to hundreds, or possibly thousands of dollars of savings per year for Phoenix Valley drivers.

The doors are another notable aspect of this soon to be production Mini.  They open up at an angle, sort of like a Lamborghini or traditional gullwing.  Only this isn’t for show or distinction, rather it is for space.  No more having to worry about leaving space for doors to swing outward upon parking in a cramped Phoenix Valley lot, or having to pull out in order to let a passenger in.  The doors are designed for dense, space limited urban centers.

Phoenix Valley auto enthusiasts can keep an eye out for the coming Mini Rocketman production model, or any current production Mini, at Mini North Scottsdale, near Scottsdale Rd and the 101 freeway. 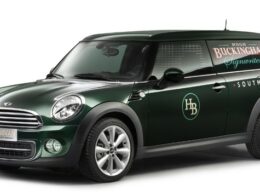 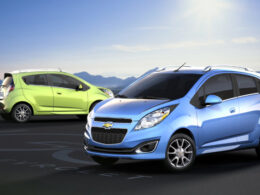 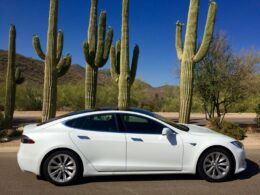 I’ve been to the future and back! Only, instead of using “Doc” Browns’ early eighties DeLorean from Back…
byContributor 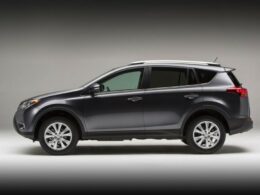 I’ll say it, the 2013 Toyota RAV4 has won me over. In the past, I always felt that…
byContributor