Open scene, a Don Johnson-esque character wearing a t-shirt under a sports coat pours glass after glass of bubbling champagne for a limousine full of glamorous characters adorned in all manner of cocktail dress appropriate for the time.  While this may have at one time been the image conjured upon hearing the word “limousine”, nowadays we tend to think of bachelor and bachelorette parties, prom details, and maybe the rare night out with friends when an on board bar and a chauffeur just seem like the best way to go.

In the 1980s and early 1990s the stretched limousine was at an all time cultural high.  One couldn’t pass more than three television channels without stumbling upon a scene detailing a ritzy party taking place within the back of a limo.  After a brief slump in the mid 1990s, the “Limo” concept was reinvigorated by approaching it from unexpected angles.  Of course the most obvious and visible example would be the stretched white Hummer, with various other stretched vehicles debuting here and there to varying levels of success and popularity.  When Audi introduced it’s R8 road car in 2006, a car built with the race track in mind(as opposed to champagne pouring), I don’t think that this is quite what they had in mind.

Using high performance sport vehicles such as the Audi R8 as the next gen platform for the stretched limousine may be the way to usher the cultural phenomenon into the future, or at least the good people at the British couch builder Carbonyte seem to think so.  Carbonyte has attempted to create stretched limos out of supercar bases such as the Bugatti Veyron and the Ferrari 360 Modena in the past, but it looks like this time the funding and interest is secured, with the completed stretched Audi R8 Limo due out this summer.

Phoenix being the sprawling driving city that it is, limos are sometimes a nice alternative to a set of separate taxies or designated drivers, thus the business here is booming more than it is elsewhere.  This means that Phoenix Valley residents have a fairly high likelihood at having the chance to reserve the use of a stretched Audi R8 as soon as they hit North American shores.  Phoenix Valley auto enthusiasts can also take a look at the original regular sized Audi R8 at their local Phoenix Valley Audi dealer. 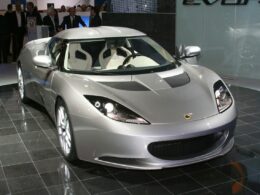 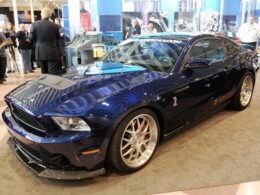 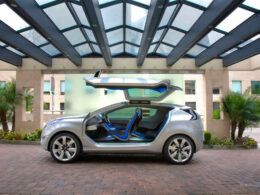 Outdoor and auto enthusiasts in the Phoenix Valley area have been having a collective thought:  “Where is the…
byMike 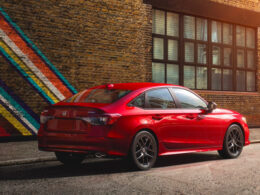 Across the line, the popular Honda Civic received a major glow-up for 2022. Thankfully, gone are the days…
byContributor