Since its inception in 1978, the Toyota Supra has been setting the standard for Japanese performance. By the time the fourth generation of this powerhouse rolled off the factory floor in 1993, it was part of an elite group of supercars from the Land of the Rising Sun. Keeping very good company with the likes of the Nissan GTR Skyline, the FD3S Mazda RX-7, Mitsubishi 3000GT VR-4 and others. Since its very name is derived from the Latin prefix meaning “go beyond” or “to surpass,” we were understandably holding our collective breathes when Toyota decided to resurrect the iconic Supra in 2019, after a 20 plus year hiatus.

By any automotive standard, that’s a lot of time away. After winning so many international Group A and JGTC races. After gracing the cover of countless car-tuning magazines and haunting the dreams of auto enthusiasts around the world. It’s reputation had grown to a level where many thought a fifth generation, or Mk-V was almost certain to fall short and disappoint. Amazingly enough, thanks in part to a firm partnership with BMW, this was not the case.

Now, in 2022, three years into its newest life-cycle, the Toyota Supra GR has never been badder, bolder or more beautiful. Even though it shares a platform with the BMW Z4, the Toyota Supra feels special and unique enough to be worthy of so much performance pedigree. The 3.0L twin-scroll turbo I6 engine delivers 382 hp to the rear wheels with a wild ferocity that will have you punching the go-pedal like its stolen. Measured out through a snappy 8-speed automatic transmission, and the combination will launch you from a dead stop to 60 mph in just 4.7 seconds. This puts it on par with the BMW M2 and Porsche Cayman GTS, and faster than its Z4 counterpart. More impressive still, is that these performance figures surpass the Mk-IV Supra from 1993. Famously known for its seemingly indestructible inline six twin-turbo 2JZGTE engine.

The biggest performance regret is that a manual gearbox isn’t available. Though rumors are swirling around that Toyota will rectify this tragedy towards to back-end of the Supra’s production cycle. For now, what we have is pretty darn exceptional. New for 2022 are heated seats in the 3.0 model, and a sporty red interior scheme for the 3.0 Premium. Making the biggest headline though is the introduction of the extremely limited A91-CF model. A mere 600 will be produced, and will come with a full carbon-fiber body kit, rear spoiler, matte black 19” wheels and red and black interior upholstery. A stunning addition that will sure to excite the lucky individuals who get to park one in their garage.

On the inside, the driver-focused cockpit is tight, but the double-bubble roof does offer additional headroom. Getting in and out of the Supra requires a deep squat and twist maneuver that will remind you not to skip leg-day next time. On the whole, the materials have a premium look and feel, are smart in their arrangement and everything is seamlessly controlled with the intuitive infotainment center.

Ultimately, the Toyota Supra could care less about how many speakers are on board. How sound-insulated the cabin is or compliant the suspension over rough roads. This is a car built for speed, and boy was it built right. Its driving demeanor is light, agile and a complete blast to experience first-hand. Its brakes are firm and progressive, its suspension tight, without overly punishing, and steering feedback is nicely weighted and direct. Acceleration is frenzied and fun, with launch control that will tempt you at every red light. Worried as you may have been at the return of the infamous Toyota Supra, one drive is all it takes to be thoroughly convinced that the Mk-V has lived up to, and maybe even surpassed its lustrous reputation. 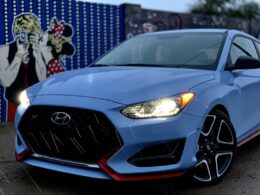 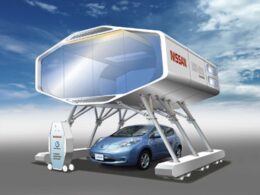 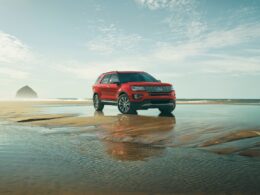 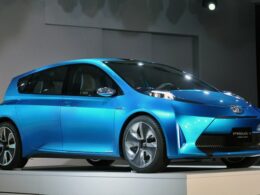 The Prius C will be the most fuel efficient production hybrid on earth...
byMike