My formative car years were in the early 1990s, a short time after Toyota launched Lexus as its luxury division. When I was in college, the LS sedan was THE aspirational vehicle of choice, the one that we’d buy once we cashed in on our pricy university diplomas. In the ensuing years, Lexus launched more models for my generation to covet, including the first-ever luxury crossover vehicle, the Lexus RX.

As a decade passed, that liberal arts degree afforded me the good fortune of being able to purchase a shiny (used) Lexus RX, and a hybrid at that. It was a great vehicle for my young family, and it was a LEXUS. Cross that off the bucket list. But, as much as I wanted to love it, I just liked it. To me, the drive was soft and uninspiring, and I felt a little old driving it. I hung onto it for a few years, but eventually dropped it for a little German number.

In the interim, the RX has undergone a few facelifts and upgrades, but none as significant and striking as the current fourth generation, launched for the 2016 model year. This new vehicle is slick.

The first thing you (can’t help but) notice about the new look is the addition of Lexus’ signature spindle grille. When I first posted pictures of the RX online, friends and family referred to it, alternately, as a cowcatcher or a snowplow, depending on their regional frame of reference. It certainly is distinctive. Gaping maw aside, the new look is overall very sleek and attractive; Lexus calls it “sophistication with an edge,” or “seductive strength.” Both are apt descriptors.

Step in the cabin, and you’ll be greeted by a practical, yet rich interior treatment that is a vast improvement over previous iterations.Wards Auto recently named the RX to its 10 Best Interiors List, taking into account both its beauty and its functionality.

We drove the Lexus in both city and more challenging winding roads in and around Portland, Ore., and found it to be comfortable from both the passenger’s and driver’s seat. There are several ergonomic and tactile upgrades, and a lower and easier layout and flow to the dash and instrument panel, all of which open the space and give the interior a modern and luxurious aesthetic. It’s rigid, quiet, with up to five distinct drive settings to suit your driving preferences and needs.

Two powertrains are available: a 295-horsepower V-6 gasoline engine with an eight-speed automatic transmission and a hybrid powertrain. And on the road is where the new RX most outshines the outgoing model. It feels more connected to the road, giving the driver more feedback for more dynamic handling and performance. Upgrade to the RX F-Sport trim, and performance really soars.

RX has held the top spot in it the luxury crossover segment that it created. Then, with five competitors, it held 20 percent of the market share, and now, with 16 entries in the mid-sized luxury category, it holds a 15 percent share. It is one of only two models to regularly sell 100,000 units per year. With this upgrade, RX is sure to retain Lexus loyalists and achieve some conquest sales from other brands.

Cruising the streets of Portland, I found that the RX has evolved in leaps and bounds over the 18 years since its inception. It’s like I’ve fallen back in love with my old college flame.

The all-new RX is available in front-wheel drive, all-wheel drive, hybrid and F-Sport models. Pricing starts at $41,900 for the regular RX and $52,235 for hybrid models. 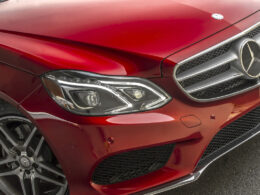 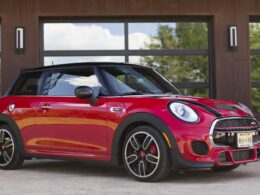 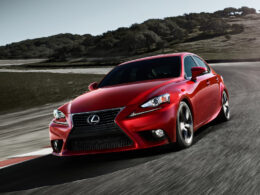 By: BRANDON RANDALL The 2014 Lexus ISF Sport is a great in between for those wanting something with…
byContributor 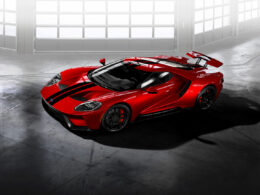 Many will apply; few will pass the test. Applications are now being accepted for those wanting the privilege of owning one of 500 Ford GT supercars.
byBecky Antioco