While flipping through the images from London Fashion Week Paul Smith made me stop in my tracks. Those pops of primary colors coming down the runway unapologetically parading their brightness in the midst of Fall were splendid. We tend to think of juicy shades like these for spring and summer but Mr. Smith took the palette beyond the division of the seasons and assaulted us with lovliness. From red to cobalt to purple, pink and orange, not only did the palette delight but so did the slinky menswear inspired shapes. I was ready to hang so many of these pieces in my closet now… even a not so tall not so slim average girl can strut her stuff in these looks.

WWD has this to say about the collection:
While the designer experimented with some minidresses in graphic stripes or gleaming metallics, the men’s wear-inspired looks were the strongest: Bathrobe-easy wool coats with batwing sleeves; handsome bi-color blazers; and sexy, tapered trousers that zipped over white boots that are meant to be worn after Labor Day. The offbeat combinations – purple jacket, fuchsia top, rust pants – telegraphed the show’s jaunty, devil-may-care spirit. Even ruffles on silk blouses were as unstudied as excess piecrust, coiling around each arm, or bunched up on only one side.

I don’t know if it is the fact that while trolling the collections I was watching all those bold 1960’s Paris trends Funny Face with Audrey Hepburn or if the warm weather is just making me crave a bit of color in my life, but the Matthew Williamson show was equally as exhilarating for me.

In-house jacquard prints, knife pleats, embroidery, sequined evening wear in acid brights of yellow, green and blue with the same pops of bright orange and purple shades that Paul Smith showed. The swishy gowns were a standout for me topped off with just the right crystal and gemstone accessories.

WWD recounted the collection this way:
The capsule collection of leather totes and duffle bags that the designer is launching for fall.

However, Williamson’s new skirt silhouette – well below the knee, with knife pleats – was tricky, and will be flattering to only the trimmest and most youthful of figures. Instead, Williamson hit the mark with his printed or sequin-paved evening wear inspired by the glowing streaks of acid green from the Northern Lights. One dress in particular, a printed column with an Empire waist, was a stunner. 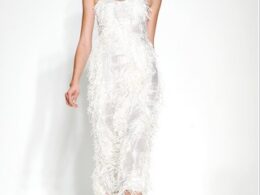 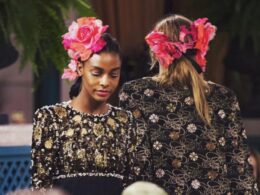 Chanel took its 2017 Métiers d’Art back home, hosting the annual show at the Ritz Paris. #ParisCosmopolite #ChanelMetiersdArt A…
byChristina Silvestri 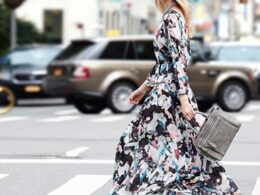 Have a say in what Rebecca Minkoff sends down the runway.
byChristina Silvestri 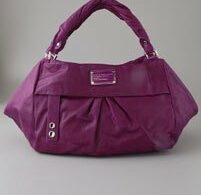 When I got my shopbop.com sale alert I had two thoughts: 1. I’m in desperate need of a…
byMarlene