Mercedes Benz Fashion Week kicked off in New York on Wednesday with a host of shows including Richard Chai Love, Jenni Kayne, Creatures of the Wind and several more. One of my new favorites was Chadwick Bell, and of course the wonderful BCBG Max Azria below my take on both.

Max Azria knows a thing or two about sexy clothes. And the bit of obsession he and Lubov have with harnesses is hard to argue with, ( Remember Herve Leger Fall 2012 anyone?) I for one won’t even try. This season I couldn’t help but feel like most of the girls gliding down the runway somewhat resembled a now grown up Kristen Stewart complete with unbrushed hair and smudgey eye makeup. The looks I am told were to channel the femme fatales made famous in nearly every Helmut Newton image. It was a leather meets lace juxtaposition in soft dusty shades.

There were leather skirts, loose jackets and menswear inspired blazers, banded patchwork in lace, prints and silks on everything from dresses to jumpers…. And hello killer heels! I loved the low slung belts that gave prim dresses a more relaxed feeling. And the filmy dresses that felt as if they could double for French lingerie. Though some pieces may not be wearable for those who don’t have model figures… Overall it was a beautiful show.

I was fortunate enough to be first backstage and in the front row for Chadwick Bell. Though it’s not a household name, the line will no doubt soon be winning over plenty of fans. I say it far too often, but when you are creating simple silhouettes you must have amazing tailoring…. And in this case the tailoring was stellar.

One particular green pleated open back dress featured an extra long zipper running right down the spine. A high impact detail one rarely sees. The palette was mostly black and white with pops of green, yellow and the occasional addition of dusty rose. Surprising little pleats and unorthodox details made for an austere collection that I coveted piece after piece.

On the makeup end Chadwick Bell was all about highlights and contours. Using neutral browns on both eyes and cheeks created a sculpted but fresh look. Add to that a swipe of highlight on the cheeks and hints of sheer gloss on the lips added a glow to the face that I can see low maintenance girls recreating come Spring. 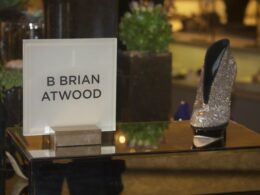 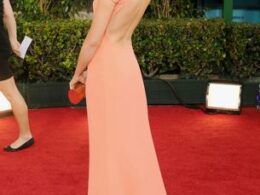 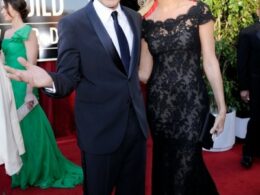 Boy do I just love award season. It is so fun to see all of the fancy designer…
bydiane 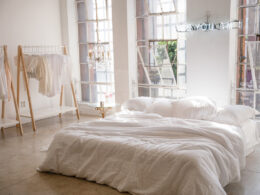 Are You Am I’s, The Loft, is every LA Fashionista’s Dream

The next generation of luxury boutique shopping has arrived. The West Coast-based clothing line, Are You Am I, is…
byMegan Meier
10 shares
0
0
10