Milan Fashion week is already in full swing, tell me can anyone keep up this season? Is it me or are all the shows NY, London and Milan backing up to each other even more than they used to. I recall in past years there being at least a break between shows so that poor overworked editors and buyers could catch their breath, repack their suitcases and at least stop in for a fresh mani and pedi. I suppose with the advent of shellac nail polish and interns no break in the schedule is needed!

In any case, Milan is rolling out show after show of fabulous confections for this fashion-obsessed blogger to be endlessly entertained. I hope you feel the same way.

Karl Lagerfeld was at it this week with the Fendi Spring show full of vibrant punctuated daywear, most channeling a Seventies vibe and made with (of course) extraordinary craftsmanship. There were lantern sleeves on long and roomy shirt dresses and blouses decorated with a sleeve of buttons, a bold palette — purple, turquoise, red and peach — and what appeared to be simple, delicate dots and patterned prints that were actually skillfully engineered fabrics. Somehow once again these clothes span generations, I can just as easily see an “It girl” in the making wearing some of these frocks as I can her older Aunt. 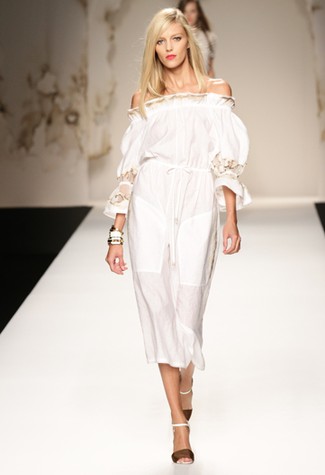 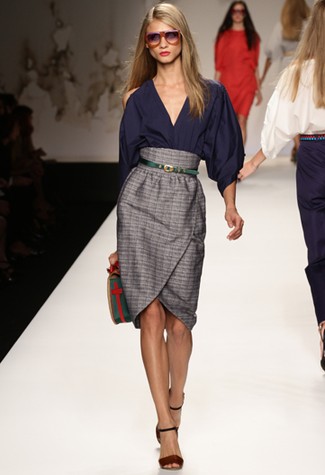 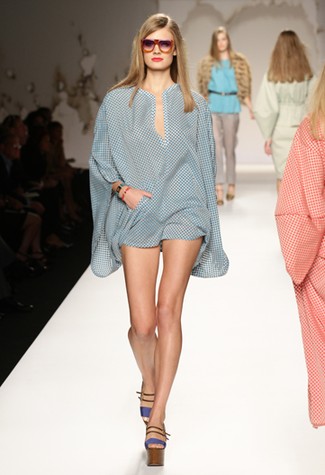 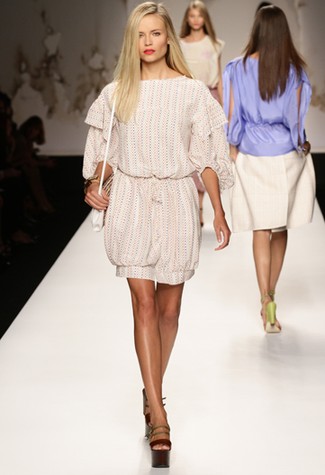 Before the Prada show Miuccia Prada remarked “I’m tired of minimalism,”. “I asked myself, ‘How can I do minimal Baroque?'” The answer, monkeys… yes monkeys! Loads of shapely dresses hit the runway, some featured stripes in front and back, some had the addition of Baroque swirls on either side and add to that two bright gold monkeys grasping the waist. There too were stiff T shirt-and-skirt combo, curvy flight attendant–esque dresses, a few floaty slip dresses and loads of stripes…in some cases topped off with striped sombrero’s. What can we say… is there anyone else who would even attempt this… Only Prada my dear, only Prada! 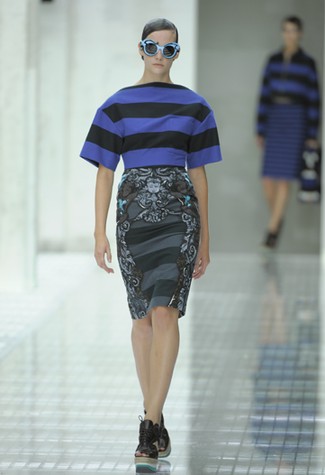 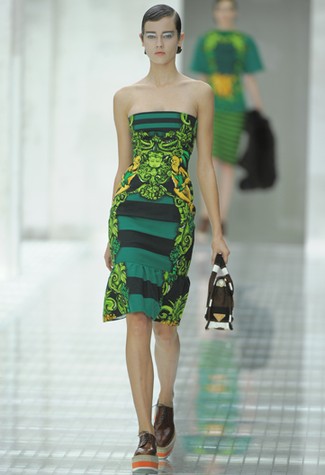 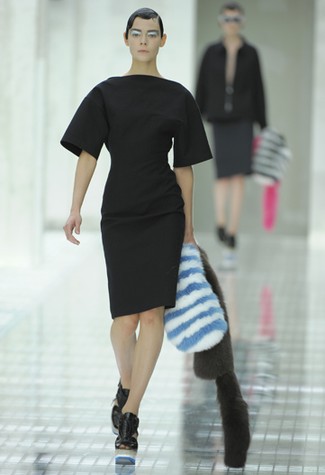 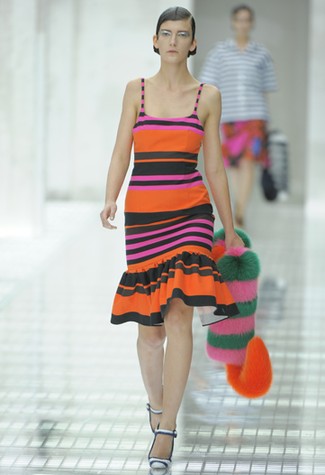 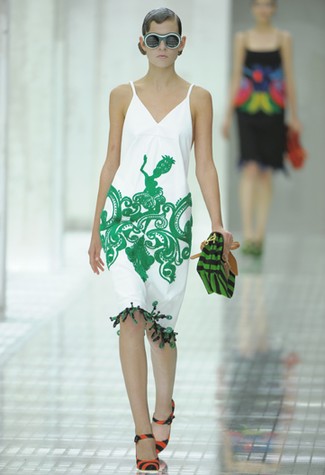 And lastly how can you talk about Milan without mentioning Gucci. This season Frida Giannini took a bold stance with loads of color and simple seduction. Keeping true to elements of Gucci’s riding history, pieces were embellished with grommets and bronze toned belts but the rest was a colorful romp in jade, blue, violet and orange, (but don’t worry black was still there) still true to the curve-hugging pieces that we have grown to love with a more decorated take no prisoners effect for evening. All in all this was not a show for the wall flowers! 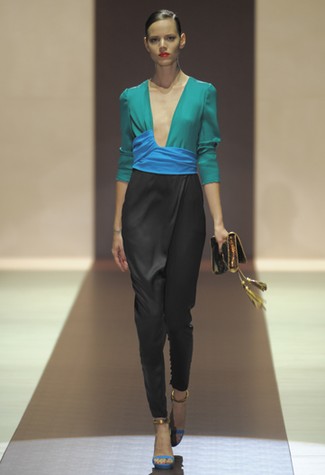 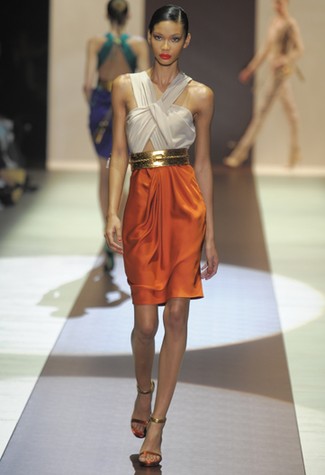 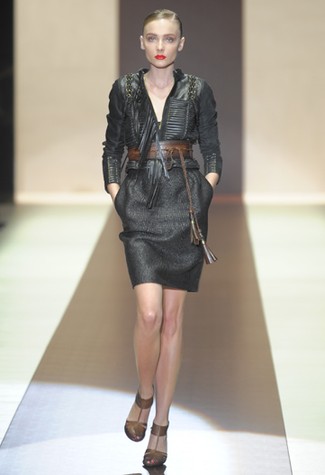 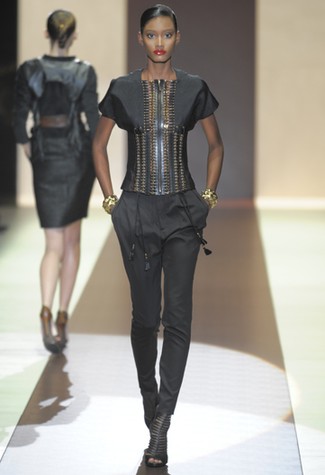 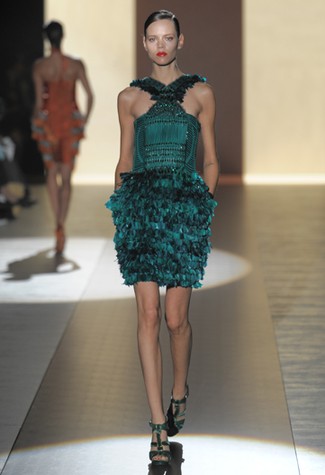