Though I had high hopes for today, my body won’t quite let go of this darn flu. Still the London shows are keeping my spirits up especially Burberry Prorsum. Who doesn’t love themselves a bit of Burberry now and then? The classic sixties trench (and the many modifications of it) just never seems to tire and we never tire of it. Sometimes I wonder, how does one invigorate the look season after season? And yet it is always done seemingly with ease. This time the throw back to the days of Piccadilly are as fresh as ever and maybe even more desirous. The worst part as always is that we are teased with these wonderful looks, then we can’t partake of them for months to come… somehow that always pains me just a tad

Women’s Wear Daily had this to say about the collection by Christopher Bailey
The gently curved sculptures of Barbara Hepworth and the neatness and rigor of early Sixties dressing fueled Christopher Bailey’s imagination. “I was thinking of Jean Shrimpton, coat dressing, and the idea of matching your bag to your coat,” said Burberry’s chief creative officer. In a show that was live-streamed for the first time to screens in London’s Piccadilly Circus, Bailey showed outerwear in many colors, textures and shapes, introducing volume with egglike shapes, lantern sleeves and bubble backs. He also unveiled a skinny trouser that came with and without a flared bottom.

As usual, Bailey riffed on the brand’s signature trench: Some were fashioned from white silk jacquard made to look and feel like aran knits, while others came in tweed and had a Sherlock Holmes feel — and a touch of luxe thanks to fur on the shoulders and collars. Some coats were inspired by the Shrimp herself, including the opening orange number with epaulets while others — in shades of Wedgwood blue, teal or olive — had more of a military feel with leather duffle fastenings lashed across the front.

There were plenty of new proportions, including funnel-neck lumberjack check, or quilted cape styles with flaring kimono sleeves. Mink, too, played a starring role in the form of belted drop-waists with patent leather collars, or more sculpted, rounded ones with cashmere cable-knit sleeves or panels. While some of the silhouettes were unwieldy, and at times too retro, on the whole the collection had a sensual — and commercial — slant. And while outerwear was the focus, there was news on other fronts: military jackets came with flirty peplums and dresses had dropped waists with curving, tuliplike skirts and ribbon ties on the back. 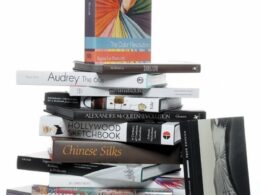 I finally understand the holiday procrastinators. I spent the better part of yesterday morning decorating mini trees and…
bydiane 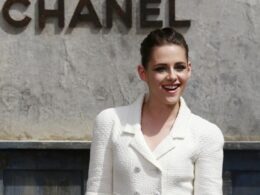 Kristen Stewart is officially a Chanel muse. The “Twilight” actress, who can often be seen sitting FROW at…
byChristina Silvestri 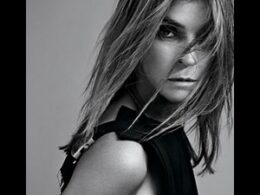 Things change often in the publishing world, editors get moved around or move on to bigger and better…
bydiane 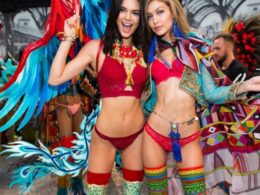