The secret’s out: Victoria’s Secret has unveiled its 2015 Fantasy Bra.

The bra is paired with cobalt blue panties with 400 other precious gems and a detachable diamond belt.

Though Aldridge shimmies and shakes gracefully in Vogue’s video below, the combined weight of all the stones falls just below 1,364 carats.

The Victoria’s Secret Fashion Show is one of the most anticipated fashion events of the year. It is considered a hallmark in a model’s career to be chosen to wear the Fantasy Bra at the lingerie brand’s annual fashion show. Aldridge follows in the catwalk footsteps of such supermodels as Heidi Klum, Tyra Banks and Gisele Bundchen.

Hey LA!!! The secret is out! Come meet me and see the 2015 Fantasy Bra in Santa Monica today. I’ll be signing autographs at the Third Street Promenade Victoria’s Secret store from 3-4PM 💎 #VsFashionShow2015 #DreamComeTrue #ComeSayHi ❤️❤️❤️

The 2015 Victoria’s Secret Fashion Show will air on CBS on Dec. 8. In the meantime, we’ll be sopping up every clue we can get from following the likes of Aldridge and the rest of the Angels on social media. 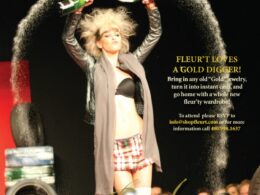 I’m thinking, only in Scottsdale can a boutique get away with having a “gold digger party.” But this…
byMarlene 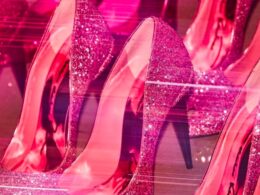 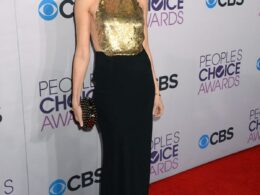 Next to Fashion Week, one of the most intense and exciting times in fashion is award season. Stylists,…
bydiane 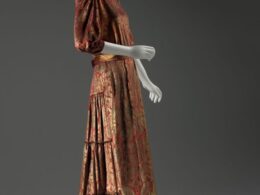 If there’s one period in history I’ve always been fascinated, it’s the Middle Ages. Something about the corsets,…
byMarlene
125 shares
36
0
89