I’m not sure why, but this is the first Friday in a long time I’m actually not ready for it to be Friday. August is upon is and I just can’t believe how fast this year has gone by already.On the other hand, some cooler temps I would definitely welcome.

This week in fashion news we’ve got:

For anyone keeping up with the Christian Lacroix bankruptcy news (and really, you should be) an offer to buy the company was put in this week from the Borletti Group of Italy. According to New York Magazine, Lacroix described the meeting with the French Industry Minister as “very positive.” We won’t know the ruling on the bid to buy the company until September but if it does go through, Lacroix would become a shareholder and the couture business would remain in place while a ready-to-wear collection is developed.

This may not be news news, but it’s too interesting not to post. The Standard hotels have partnered with Quicksilver to sell The Standard Boardshorts by Quicksilver, and bikinis too, out of vending machines. They’ll be available at all The Standard hotel locations (including Miama) and the website too. I’m not really sure if this is just super cool or just plain weird. But I can see how it’d be convenient to pop a bikini out of a vending machine if you forgot to pack your own.

The boardshorts are inspired by each of the hotels and include tips about each neighborhood they are located in. Would you buy some boardshorts out of a vending machine?

Pretty much everyone I know has been waiting impatiently for the H&M debut in Arizona. It was supposed to be in spring. Then late spring. And now fall. The project is now slated to open late October/early November in the new Scottsdale Quarter development, located across the street from Kierland Commons. For those not familiar with H&M, it’ll be like the first time you visit the giant Forever 21 at Arrowhead Towne Center: life changing.

I know, another celebrity who thinks they are a fashion designer. But it is, nonetheless, still news. The model turned actress has teamed up with L.A. clothing company Monrow to design a line of basics.  Prices for the tees, tanks, dresses and hoodies will range from $65 to $80 wholesale. The collection will be available in stores this November. 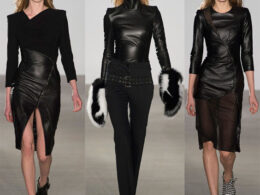 Target has tapped Joseph Altuzarra for its next major designer collaboration.
byChristina Silvestri 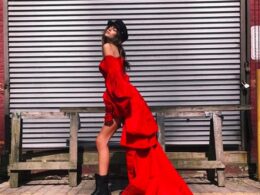 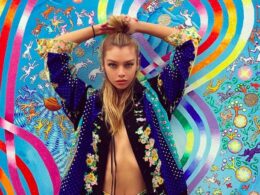 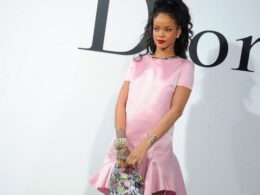 Rihanna’s “Secret Garden IV” ad campaign for Dior isn’t so secret anymore. Excited like the rest of us,…
byChristina Silvestri