Last night Hollywood rolled out the red carpet for the biggest event of the year – the Academy Awards. And as usual (despite the grumbling of some of my stylist friends on Facebook) I was delighted with so many of the gorgeous looks of the evening. Here are a few of the ones that wowed!

Once again Jennifer Lawrence pulls out all the stops but looks as effortless as ever in a beautiful pink and white silk Dior Haute’ Couture strapless gown. The fitted bodice showed off her perfect figure then blossomed into a full skirt at the bottom. It was topped off by Harry Winston diamonds with a by the yard necklace cascading down her back and the prettiest swept back hair into a low bun and soft pink pretty makeup. Another pretty in pink mention was Amanda Seyfried in an Alexander McQueen halter with golf leaf detail.

Jessica Chastain was a top pick in a latte colored Amani Prive’ beaded strapless gown. Her side swept curls and crimson lips lent just the right amount of glamour to keep the look from being too neutral and boring. Instead it looked like pure Hollywood glamour.

Kerry Washington and Zoe Saldana both wore the most beautiful belted gowns. Kerry with a coral Miu Miu featuring gold crystal and beading at the bust and Zoe Saldana in an Alexis Mabille gown featuring silver leaf details and tiered chiffon at the hemline in shades of gray. Both kept their hair down and uncomplicated.

Naomi Watts was a complete stunner in an amazing asymmetrical gunmetal Armani Prive’. This dress was unlike any other on the carpet and fit her lithe figure so fabulously that I found it hard to keep my jaw from dropping in awe. Her hair was softly pulled back and her makeup ethereal in pastel grays and peachy nudes.

But the end all be all of the night for me was Charlize Theron. Wearing a white curve hugging Dior Haute Couture peplum dress with a train. It looked like she was poured into it within an inch of her incredibly toned shape. And the newly shorn cropped hair was enough to make one gawk like a schoolboy seeing his first crush… And that flawless skin seems to require so little makeup to look glamorous…. I may actually be jealous… 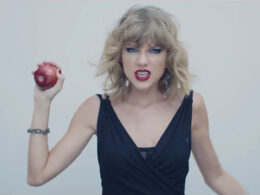 Taylor Swift’s “Blank Space” music video was leaked a day early, treating all of us to her amazing…
byChristina Silvestri

Coach introduces “Pride Is Where You Find It,” a campaign spotlighting Pride as a state of mind and the importance of finding a community.
byTyler Hollis 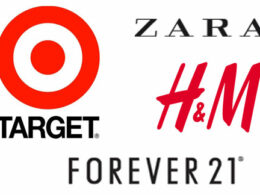 Being surrounded by fashion or at least being confronted with it on a daily basis (blogs, news sites,…
bydiane 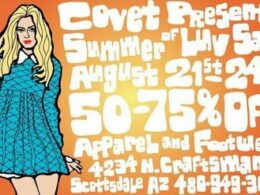 Any devoted shopper can appreciate a good sale, and this one’s for the ladies and the gents! Stop…
byMarlene